Garrick kicked six goals in the 36-18 win over the Canterbury-Bankstown Bulldogs in Redcliffe today to become the first player in rugby league to score 20 tries and 100 goals in a premiership season.

The 24-year-old remains the NRL's leading points scorer on 286 points with one premiership round remaining before the finals for the fourth-placed Sea Eagles.

This season alone, Garrick has achieved the following:

- equalled the record of 30 points in a match shared by Ron Rowles (1954) and Matthew Ridge (1996) by scoring two tries and kicking 11 goals against Canterbury at Bankwest Stadium in July.

- is in equal ninth place with Michael O'Connor on 578 points on the list of players to have scored more than 500 points for Manly.

- joined the list of players to have scored four tries in a match for Manly with four against the Gold Coast Titans in June. 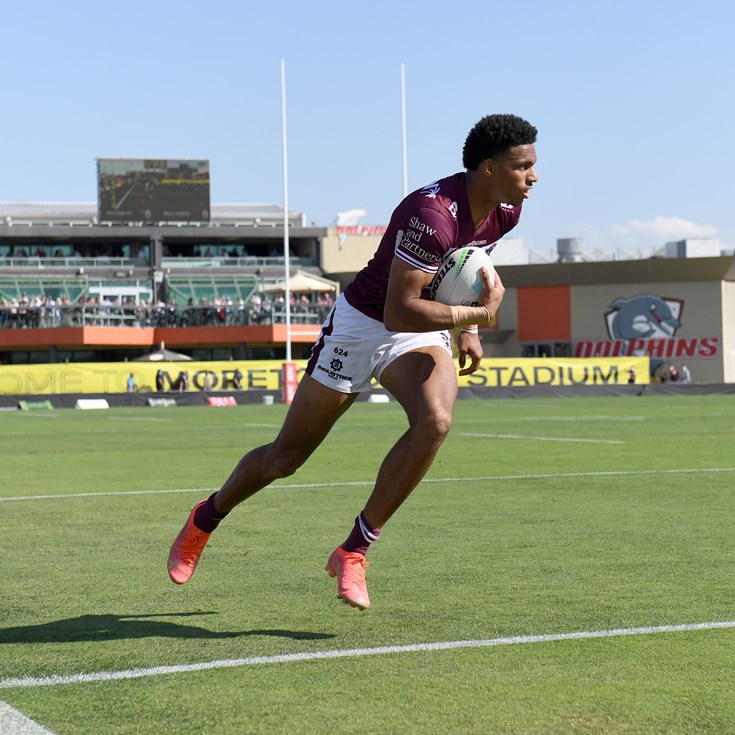 Sea Eagles forced to fight hard in win over Bulldogs