Proud Sea Eagles Member Hirone Waretini is set to enjoy one of his biggest ever days at AMI Stadium in Christchurch as the winner of the 18th Man promotion.

Following the success of the 18th man promotion leading into the season opening home game against the Eels earlier this season, the Sea Eagles set out to find our '18th Man' for our Round 14 clash against the Warriors in Christchurch, giving one Member a game day like no other.

Hirone is the lucky winner of the promotion, having been a Sea Eagles Member for many years.

As part of the 18th man prize, Hirone will enjoy the following:

An excited Hirone said he was very much looking forward to experiencing the 'inner sanctum'.

I have been a Manly fan since 1986 – I was born and raised in a South Auckland town Papakura and even though I never played league, our local team in the Auckland comp was the Sea Eagles so there was always an affinity there

"To be able to share something like this with my son will be super special and really an honour. I know any proper Manly fan would be thrilled. I got on the phone straight away to my older brother who's also a Manly fan and told him – he's super stoked''.

"Being a Member means being part of a community. I am a member of a couple of sports teams that I follow and it's great to be a living part of the club you follow. It also means sometimes being the only Manly fan in the room and copping it but being proud to cop it and give it back. It's about sticking with the club through thick and thin regardless of what happens on the field, in the boardroom or the media. It's about remembering the greats past and present. It's legacy or whakapapa (genealogy) as we say in Māori".

"I work in Christchurch with Iwi (tribe) and Māori organisations so the efforts to connect and the awesome jersey and trophy designed by Fane are brilliant. I'm truly honoured to be part of this whole experience".

Congratulations again to Hirone. The Sea Eagles look forward to having him with us this weekend. 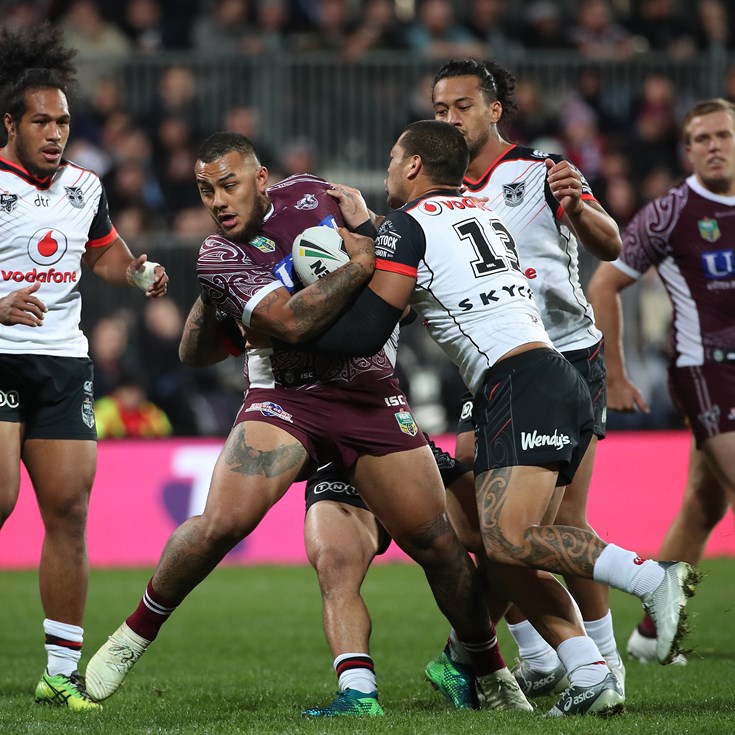 Lottoland Legend of the Week (Round 14)