If ever a player deserves to play finals footy on the basis of perseverance alone, it’s Lachlan Croker.

Three knee reconstructions, hamstring issues, and some damn rotten bad luck have limited this talented young man to just 57 games in an NRL career that started in Canberra in 2016.

And just when he was bound to get a taste of the big September action for the first time in his career, lower back tightness ruled him out on the eve of last week’s semi-final for Manly against the Melbourne Storm.

It was a cruel blow for Croker who had cemented himself a place at hooker after playing every game for the Sea Eagles over the past two years. In his first two seasons at Manly, Croker played just 12 games due to injury.

Fortunately, Croker will make a welcome return at nine for tomorrow night’s Elimination Semi-final against the Sydney Roosters in Mackay.

Croker may not be a headline name but he is highly respected by his team-mates for his tremendous work rate.

He was the only Manly player to be placed inside the NRL's top 10 for most tackles in a season, finishing sixth with 908 tackles for an average of 37.8 tackles per game.

The 24-year-old's dedication saw him rewarded with a new deal in July that sees him at Manly until at least the end of the 2023 season.

“I’ve been really impressed with the way he has bounced back from his injuries over the last couple of years and the way he has developed his game,’’ Taupau said.

“He brings a lot of grit, a lot of clarity for our middles, and some really good direction for us. He simplifies it and it is exactly what you need in your number nine, especially in the middle.

“With that it trickles down through to the halves, the full-back, and the rest of the squad. Lachlan Croker brings a lot into our squad.

He never backs down. He never surrenders

“He goes along quietly ‘Crokes’. He is a great leader out there and that was sorely missed (against the Storm), plus his ‘D’ as well,’’ Hasler said.

“He has worked so hard this year and has really improved his game.”

Watch Lachlan Croker's Outside the 80 episode to learn more about him. 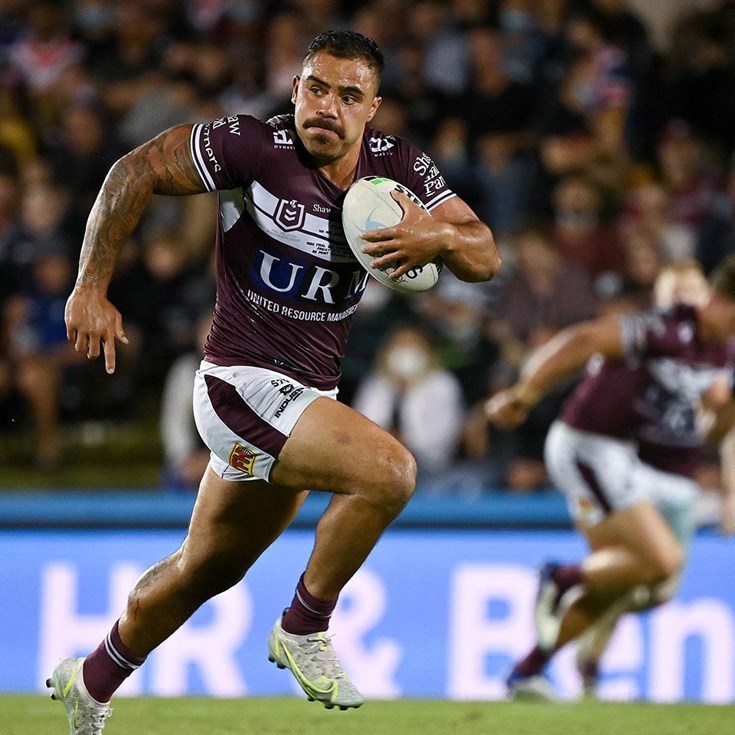