It’s finals fever time in the Telstra Premiership with the Manly Warringah Sea Eagles tackling the Melbourne Storm in an absolute blockbuster on Friday night.

Let’s take a look at some of the key facts heading into the sold out clash at Sunshine Coast Stadium. Kick-off is 7.50pm.

Two of the most exciting attacking sides go head to head in the opening finals match for Week One.

Outside of their attack, the Storm can certainly grind down their ópposition and have strike power across the park.

The Sea Eagles finished the regular season in fourth spot in an incredible run after losing their first four games of the season.

Manly have won seven of their past eight matches, produced some electrifying play, including some superb length of the field tries.

Brilliant full-back Tom Trbojevic has taken all before him for the Sea Eagles this season, scoring 25 tries, recording 27 try assists, and 30 line breaks in just 15 games.

It’s a clean bill of health for the Sea Eagles. Josh Aloiai has been named at prop with Toff Sipley dropping back to the reserves list.

The Storm are undefeated in nine matches at Sunshine Coast Stadium with the ground becoming their home away from home for the past two seasons.

The Sea Eagles have won one of two matches at Sunshine Coast Stadium with the most recent being a 56-10 win over the Parramatta Eels last month.

The Sea Eagles may have went down 28-18 to the Storm at Suncorp Stadium in Round 21 but learnt plenty of valuable lessons along the way.

Manly exposed some chinks in the Storm’s arm but know they need to play a more disciplined game and control the ball much better if they are capitalise on the opportunities that will come their way.

Meanwhile, Tom Trbojevic is just three tries short of breaking the club record for most tries in a season for Manly, including finals. 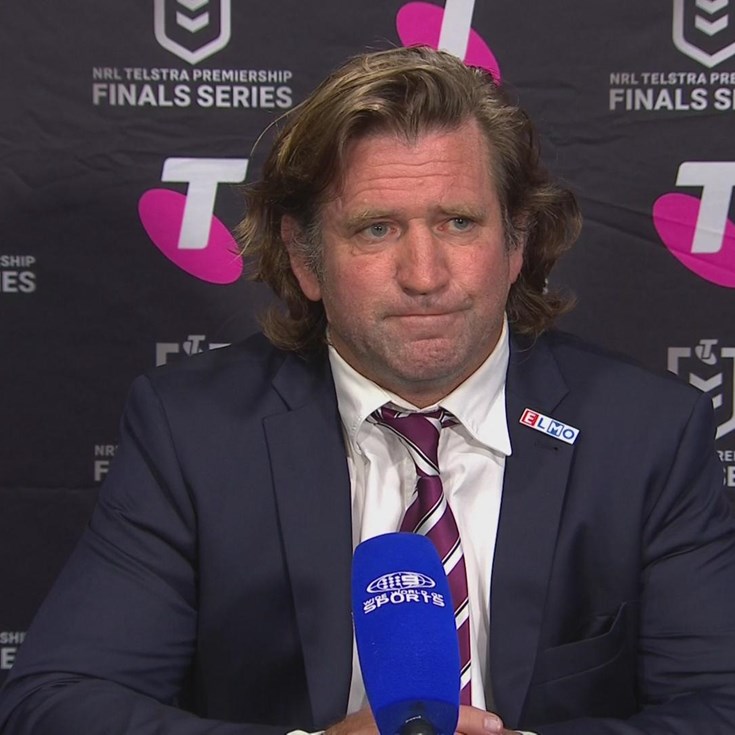