With most of the attention centred around full-back Tom Trbojevic’s superb performance in scoring three tries in the 40-22 win, Hasler took time to single out his pack.

“I was particularly pleased with the way we started the game from a defensive point of view,’’ Hasler said.

“I have to give our forwards a wrap. I really thought defensively in that first half, they really got up on them and really shut them down.”

Hasler said his side must limit the opportunities against premiers and competition leaders Melbourne Storm in Saturday night’s blockbuster at Suncorp Stadium as they keep striving for a top four position.

“You certainly can’t give them any opportunity. We’ve got to try and limit that as much as possible,’’ Hasler added.

“Turning over the ball over in your own end, you’ve got to really limit the field position with them.

“That’s what they are good at, and they are really good at strangling sides and forcing sides into error, so we need to be especially good at that next week.

“We’ve just tried to play a complete game. It’s about putting 80 minutes together but then it’s also, when you are forced into those periods where you have to defend, we certainly want to be able to afford ourselves to be able to do that as well. 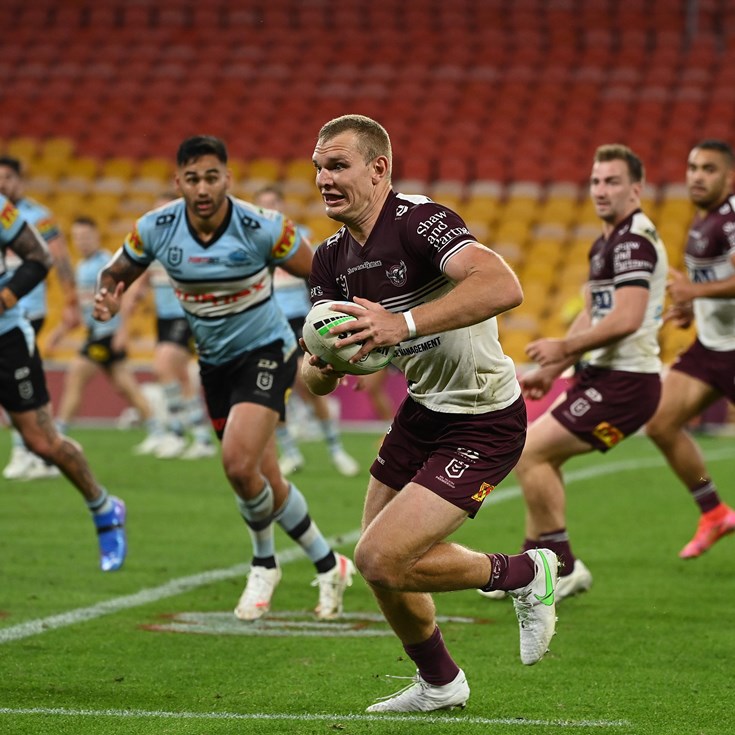 Hat-trick for Tom Trbojevic in big win over Sharks