Today, April 12, marks a major milestone in the proud and rich history of the Manly Warringah Sea Eagles.

For it is 75 years to this day - Saturday, April 12, 1947 - that Manly played their inaugural match in the NSWRL first grade premiership against Western Suburbs Magpies at Brookvale Oval in front of a crowd of 4,200.

Manly were granted entry to the 1947 NSWRL first grade competition on November 4, 1946. Since then, Manly have won eight first grade premierships to become one of the most successful rugby league clubs in the game.

Max Whitehead had the honour in 1947 of being the first Manly captain after having played at North Sydney since 1942.

Although the Sea Eagles scored three tries to one, Wests full-back Bill Keato kicked six goals from six attempts to give the Magpies a 15-13 victory.

Second-rower Keith ‘Megsy’ Kirkwood went down in history for being Manly’s first tryscorer.

“Kelly McMahon broke down the wing and centre-kicked towards Wests posts. I was always schooled at Norths to go up the middle and on this occasion, I caught the ball on the first bounce and scored underneath the crossbar,’’ Kirkwood said in the 'Sea Eagle Has Landed' book.

“A first up win would have been great for the club and we completely outplayed Wests on the day, but we were penalised out of it by referee Aub Oxford, particularly for scrum infringements,’’ Kirkwood added.

Manly Warringah recorded their first premiership victory on May 31 in round eight, a 15-7 win over Parramatta Eels at Brookvale Oval.

Wingers Johnny Bliss and Gordon Willoughby scored two tries each in the five tries to one win in front of a crowd of 3,200.

Celebrate our proud history with a Heritage jersey 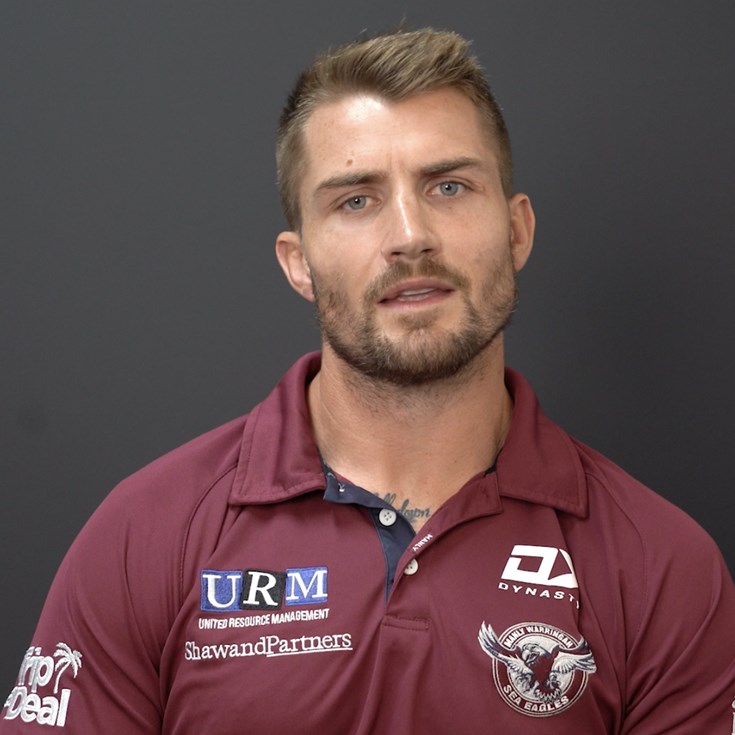 Presented By Shaw and Partners Yesterday
03:33