The match was the first NRL game to allow spectators in again due to the COVID-19 pandemic with a crowd of 178 watching on. The spectators were made up of long serving Manly Members and corporate partners.

Tevita Funa made his NRL debut to become the 619th player to play first grade for Manly. Taufua replaced the injured Jorge Taufua (quad) with Corey Waddell coming into the starting team for the injured Curtis Sironen (bone bruising). Jack Gosiewski played his first match this season for the Sea Eagles off the bench.

The Broncos opened the scoring in the fifth minute when centre Kotoni Staggs scored from his own grubber kick following a drop ball by Funa from a bomb. Winger Jamayne Isaako converted for a 6-0 lead.

Brisbane got their second try when a short kick saw Xavier Coates leap above Funa to score. Isaako converted for a 12-0 lead after 17 minutes.

The Broncos took a 16-0 lead in the 30th minute when centre Darius Boyd crossed out wide. Isaako converted for an 18-0 lead.

Boyd was denied a second try five minutes later when a Broncos runner prevented Daly Cherry-Evans from making a tackle.

Funa (below) then made his NRL debut even more special when he finished off a nice backline play to score in the left corner in the 36th minute. Reuben Garrick failed to convert the try for an 18-4 scoreline.

Milford attempted a 40 metre field goal in the dying seconds of the first half but the ball went wide.

The Sea Eagles started the second half nicely when Dylan Walker and Tom Trbojevic combined to send Cherry-Evans over for a try in the 43rd minute. Garrick converted for an 18-10 scoreline.

Manly got back to within two points when centre Moses Suli crossed over out wide in the 54th minute. Garrick converted the try for an 18-16 scoreline.

Garrick then landed a penalty goal from near the posts in the 63rd minute to make it 18-all.

Cherry-Evans then missed a field goal from 15 metres out with 11 minutes remaining.

A minute later, Garrick converted a penalty goal from in front 20 metres out to give Manly a 20-18 lead after Jake Trbojevic had the ball stripped.

An outstretch hand by Cherry-Evans in the 78th minute prevented a try to the Broncos but gave the visitors a scrum feed 10 metres out. The Sea Eagles dug deep in defence with Tom Trbojevic stopping Coates from scoring.

The win was the Sea Eagles' third victory in five games. The Sea Eagles will await scan results on Taupau (hand) and Moses Suli (finger).

Manly’s next match is against the Canberra Raiders at Campbelltown Sports Stadium on Sunday, June 21, at 4.05pm. 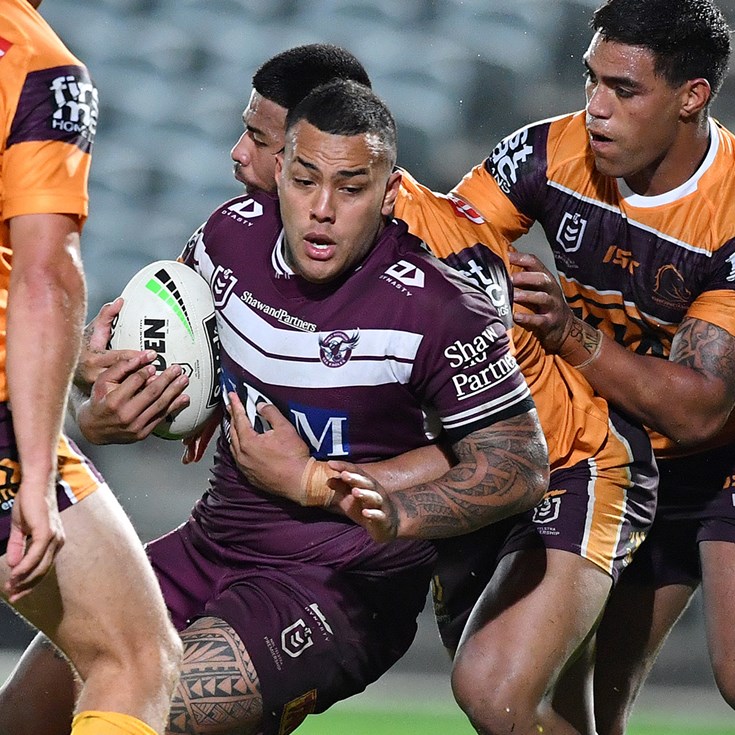 Fonua-Blake: Sticking to the message