Reuben Garrick is hoping a strong pre-season will give the promising new Sea Eagles centre the chance to finally break into the NRL arena.

The 21-year-old had been part of the St George-Illawarra Dragons squad for the past two seasons and was a shining light in the Intrust Super Premiership in 2018.

In his two seasons in the Intrust, Garrick scored 13 tries in 27 matches but couldn't secure a backline position at the Dragons against the likes of Euan Aitken, Kurt Mann, Tim Lafai, and Zac Lomax.

Off contract at the end of 2018, Garrick saw the Sea Eagles as an attractive proposition where he will now contest a centre position alongside Dylan Walker, Moses Suli, Brad Parker, Tevita Funa, Brendan Elliot and Semisi Kioa to name a few. Garrick, who can also play wing or full-back, is on a one-year deal.

"Manly just seemed like a really good fit. I'm the type of person who thrives on competition,'' Garrick said.

"I'm really competitive in everything I do. I hate losing more than I love winning.

"My immediate focus is to not get too far ahead of myself. I just want to put my head down and work hard.

"Hopefully, one thing leads to another and a first-grade opportunity arises. And when it does, I have to take it with both hands.

"The pre-season is about doing the hard work to enable you to be the very best that you can be when round one comes around."

Garrick experienced mixed emotions for the NSW Blues in the U20s match in 2016 when he suffered a knee injury in the dying stages of the match. It ruled him out for the rest of the season with St George-Illawarra in the then Holden Cup.

In 2017, Garrick got a taste of the Intrust where he scored three tries in six matches before making an even bigger impression this year in which he crossed for 10 tries, made 55 tackle breaks, and 12 line breaks whilst averaging 97 metres per game.

Garrick said he enjoyed the first week of Manly training under the eye of Coach Des Hasler in between settling into life on the peninsula.

"The Northern beaches remind me of Gerringong except it's just busier and larger,'' Garrick said.

"I can already tell how passionate the Manly supporters are here. I've seen so many people wearing Sea Eagles hats around. It is an exciting time to be at Manly."

As for training under renowned Manly hard man Donny Singe (Head of High Performance), Garrick couldn't help but answer with a smile.

"I hadn't heard a thing about Donny before I came to Manly. Let's just say I certainly know who he is now,'' Garrick laughed.

- Went to Kiama High School and studied commerce at uni.

- Played alongside Nathan Cleary in the Australian Schoolboys team of 2015.

- Scored a try in the Dragons' loss to Manly in the 2017 Holden Cup Preliminary Final. 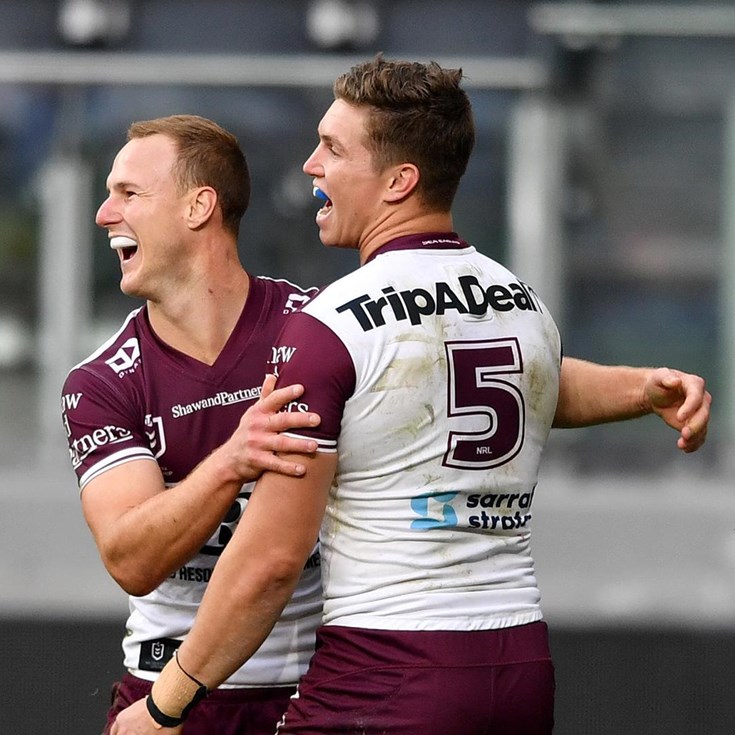