The Sydney Roosters have sent an ominous warning to their Telstra Premiership rivals with a dominating 56-24 victory over the Manly Sea Eagles at Lottoland on Sunday.

Trent Robinson's decision to rest his Origin stars last week looked to have paid dividends with a refreshed side in cruise control from the opening minutes.

Rampant performances from Latrell Mitchell and James Tedesco set up the win, while skipper Jake Friend was enormous in the opening half as the Tricolours ran in five tries in the opening 24 minutes en route to a 28-0 lead.

It was a disastrous afternoon for the Sea Eagles, who lacked the enthusiasm they displayed in their one-point loss against Melbourne last start. They were booed from the field at halftime.

Roosters back-rower Victor Radley was first to cross in the third minute, picking up a loose Tedesco pass and fending off Moses Suli and Tom Trbojevic on his way to the line.

Tupou's only error of the afternoon – a near-certain bombed try for Jake Friend – was not costly, with the veteran rake busting the line three minutes later to set up a Joseph Manu try.

Manly were their own worst enemies in the first half but managed to get on the board after coach Trent Barrett dragged rookie Tom Wright and replaced him with Trent Hodkinson late in the half.

Hodkinson provided a crisp pass for Frank Winterstein to cross the line but another Roosters try before halftime ensured the visitors held a 28-point lead at the break.

Roosters halfback Cooper Cronk had the ball on a string with his trademark boomerang-style kick followed by a Daniel Tupou tap-back for a Latrell Mitchell try.

A scrappy four-pointer to Shaun Lane after halftime boosted the home side momentarily, but any hint of a comeback was closed down eight minutes later with Friend placing a deft grubber for Lindsay Collins.

The Sea Eagles narrowed the lead shortly after with Brian Kelly providing an offload for Tom Trbojevic to cross over, but the Roosters once again responded with Mitchell given some room to move close to the line, beating Brad Parker and Daly Cherry-Evans to score his second.

The scoreline got ugly late with Mitchell busting down the left edge once more before finding Tedesco on the inside to extend the lead.

It was an almost repeat result after the kick-restart with Luke Keary the next to get through some clumsy Sea Eagles defence and send Sio Siua Taukeiaho over under the posts.

Despite a mammoth advantage, Robinson was fuming late with Cherry-Evans crossing before fulltime.
The Roosters had the chance to reach the 60-mark but a final pass from Mitchell to Tedesco was bobbled late.

News & Notes: The 56 points scored by the Sydney Roosters was the equal most in an away game for the club... The Roosters racked up 14 line breaks to three in the win ... Shaun Lane has now scored five tries in his last four games at Lottoland ... Crowd: 9427 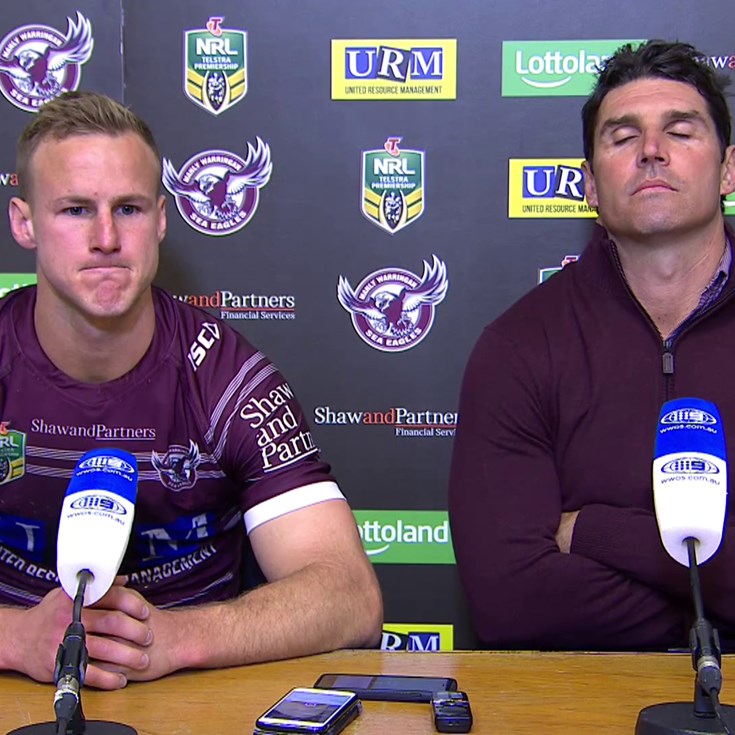 Lottoland Legend of the Week (Round 19)