Manly Warringah Sea Eagles suffered a last minute 21-20 loss to the Canberra Raiders tonight in round 12 of the Telstra Premiership.

In chilly conditions at GIO Stadium, Canberra half-back Aidan Sezer kicked a field goal with 20 seconds remaining to win the game for the Raiders after Manly missed a field goal attempt in the 75th minute to Trent Hodkinson after he returned from the sin bn.

The Raiders opened the scoring in the third minute through a penalty goal to centre and captain Jarrod Croker for a 2-0 lead.

However it was the Sea Eagles who crossed for the first try when captain and half-back Daly Cherry-Evans stepped and weaved past some poor defence to score out wide from a Trent Hodkinson pass. Hodkinson converted for a 6-2 lead after 10 minutes.

Manly went to an 8-2 lead a minute later when Hodkinson converted a penalty goal from in front of the posts after the Raiders were penalised for taking a drop kick after the clock shot siren sounded.

The Sea Eagles went to a 12-2 lead when full-back Tom Trbojevic delivered a short pass for second-rower Joel Thompson to stroll over untouched. Hodkinson converted the try to give Manly a 14-2 lead after 20 minutes.

The Raiders hit back four minutes later when the ball was shifted left for winger Nick Cotric to score in the corner. Croker failed to convert the try for a 14-6 scoreline.
Cotric got his second try when he finished off another raid on Manly's right edge for a 14-10 scoreline.

Croker then converted a penalty goal after the half-time siren for a 14-12 scoreline at the break.

A string of penalties to the home side in the opening minutes of the second half saw the Raiders draw level at 14-all in the 46th minute through a penalty goal to Croker from 25 metres out.

Hodkinson put the Sea Eagles back in front at 16-14 with a penalty goal in the 50th minute after Thompson was taken out from his own kick through.

With 20 minutes remaining, Hodkinson was sent to the sin bin after a string of penalties to Canberra.

Manly went to a 20-14 lead when centre Brian Kelly produced a great left step to then split four defenders with his speed to score in the corner in the 65th minute. Cherry-Evans failed to convert the try with Hodkinson in the sin bin still.

Canberra got back to 20-18 when full-back Jack Wighton scored from a Cotric kick inside. Croker converted the try for a 20-all scoreline with three minutes remaining. 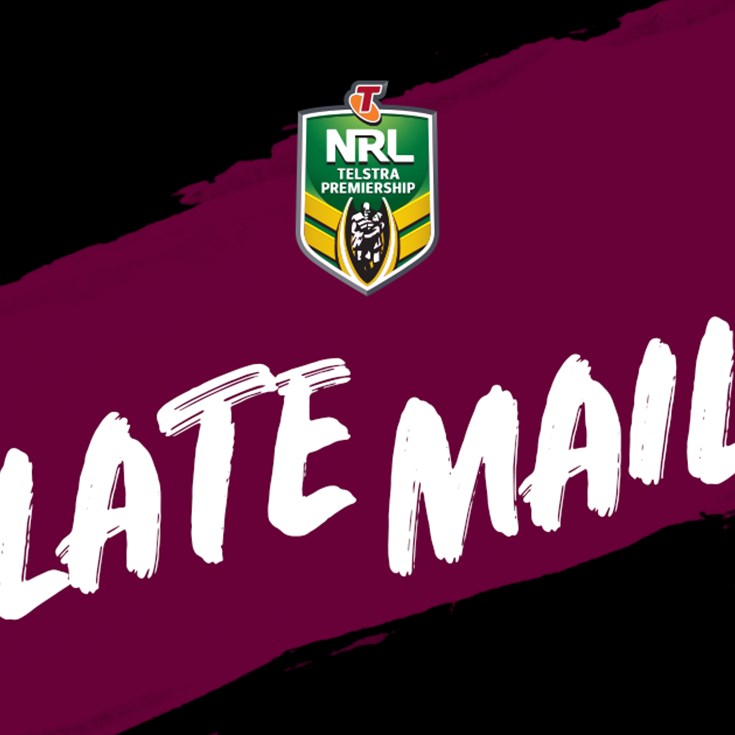