Manly Warringah Sea Eagles Coach Trent Barrett has reduced his squad to 19 players for the opening round clash against Newcastle Knights on Friday night.

Half Jackson Hastings and second-rower Jack Gosiewski  were named in the 21-man squad on Tuesday, but will now line up for Blacktown Workers Sea Eagles team in the Intrust Super Premiership match against the Knights prior to the NRL clash.

For Manly, new five-eighth Lachlan Croker (pictured) and second-rower Joel Thompson will make their club debuts against a new look Knights side.

In doing so, Croker will become the 600th player and Thompson, the 601st player, to play first grade for the Sea Eagles since the club’s inception in 1947.

Plenty has been written over summer as to how Croker would partner with half-back Daly Cherry-Evans after replacing former number six Blake Green.

"Cherry's role in the team won't change too much. We don't rely on one player too much to get us around the field, everyone's got a job to do.

He's an out-and-out half. He's got a very good kicking game and is a very good defender ‘Crokes’ and he's a tough kid as well.

"He and Cherry get along particularly well and the spine's looked really settled. I certainly don't see any teething problems there."

The match also marks the first return to Newcastle for former Knights winger, Akuila Uate, since he joined the Sea Eagles last year.

Uate, who returned to his best form in scoring 14 tries in 24 games last season, said he was excited about playing in front of the vocal Knights crowd.

“I’ve been playing up there for ages now and I’m used to the crowd, it’s all good.

“This time will be different, playing for a different team.

“I know how to shut them down and worry about what I want to do best on the field.”

The final 17-man team to play Newcastle will be announced at 5pm tomorrow. 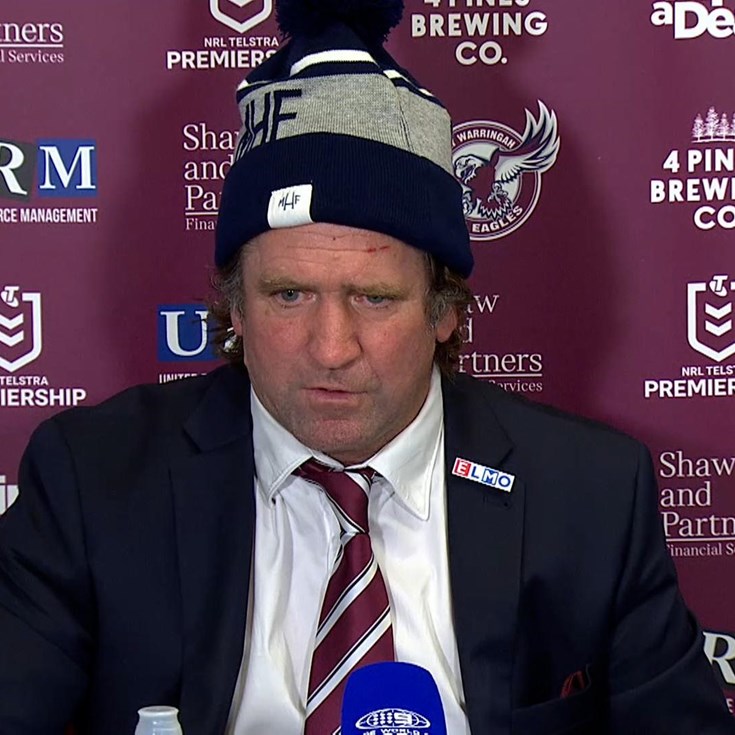