The Sharks finished the regular season as minor premiers, winning 19 of 24 games, and went into the game on the back of three straight losses. Their season is now over.

The win by Manly was even more impressive considering the Sea Eagles inspirational captain and lock Jesse Martin was missing through a two game suspension, and towering prop Taniela Paseka with a knee injury.

Martin will return to the team next week.

The Sharks opened the scoring through centre Jesse Ramien for a 4-0 lead. Half Kyle Flanagan converted for a 6-0 lead after four minutes.

Manly hit back a few minutes later when five-eighth Tom Wright put through a grubber kick on the last to strip the ball off full-back William Kennedy to score next to the posts. Centre Tevita Funa converted for a 6-all scoreline.

Wright grabbed his second try moments later when he produced some fancy footwork to score under the posts. Funa converted for a 12-6 lead after 14 minutes.

Prop Jaiden Tarrant then used his strength to score next to the posts to give Manly an 18-6 lead after 20 minutes.

Ten minutes later, a grubber kick from the Sharks saw the ball hit the posts for lock and captain Billy Magoulias to score. Flanagan converted for an 18-12 scoreline.

The Sea Eagles took a 24-12 lead into half-time through a converted try to full-back Jade Anderson.

Manly went to a 28-12 lead when winger Alfred Smalley dived over in the right corner to score before Wright dazzled the Sharks defence to score his third try for a 32-12 lead.

Second-rower Josh Martin then crashed over next to the posts. Funa converted for a 38-12 lead with 15 minutes remaining.

The Sharks then put on back to back tries to winger Sione Katoa and Manly bound five-eighth Luke Metcalf for a 38-22 scoreline with eight minutes to go.

The Sea Eagles finished the scoring when lock Haumole Olakau’atu scored for the 44-22 scoreline. 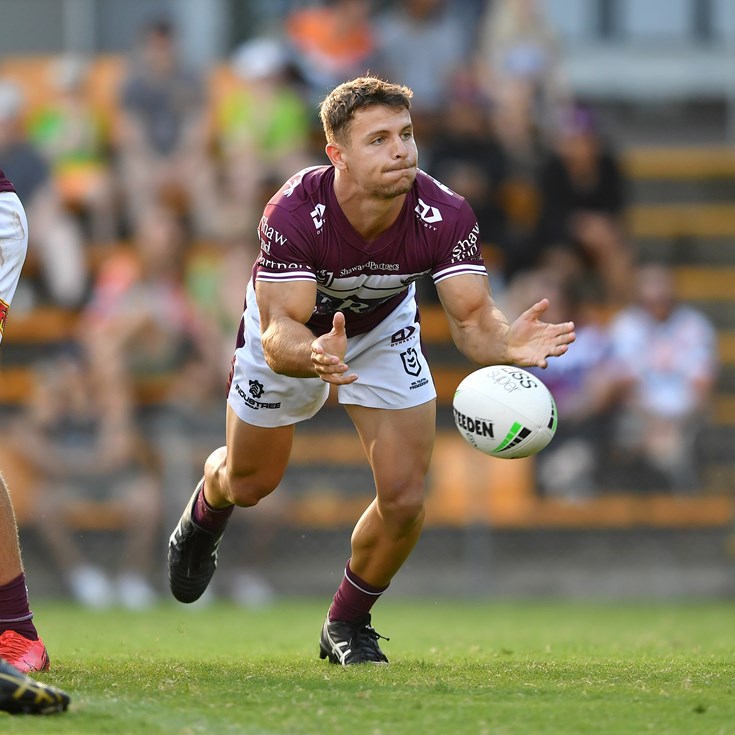