Manly Warringah Sea Eagles suffered a 26-20 loss to Newtown Jets in round four of the Intrust Super Premiership at Brookvale Oval today.

The Sea Eagles had several changes to the team with Tony Satini, Pita Godinet, Luke Burgess, Darcy Lussick, Jamie Buhrer and Blake Leary missing from the side named on Tuesday.

The Jets opened the scoring in the third minute when a floating cut out pass by captain Mitch Brown to winger Jacob Gagan saw the ball turned back inside for centre Matt Evans to score for 4-0 lead.

It became 8-0 after 10 minutes when Brown delivered a repeat pass of his first try to send Gagan over for a try.

A crossfield run by Malakai Houma stretched the lead to 12-0 before half-back Arana Taumata sliced through a gap for a 16-0 lead. Brown converted his first goal for an 18-0 lead after 30 minutes.

The Sea Eagles got on the board when Api Koroisau darted from dummy half to score for an 18-4 lead before Gagan scored his second try from a kick to the right corner. Brown failed to convert for a 22-4 lead to the Jets at half-time.

The Jets went to a 26-4 lead early in the second half when second-rower Kurt Capewell scored out wide.

Manly hit back when forward Dylan Kelly pounced on a grubber kick to score out wide for a 26-8 scoreline before hooker Hugh Pratt caught the Jets napping with a try next to the posts. Koroisau converted to leave the Sea Eagles trailing 26-14 after 66 minutes.

Pratt scored his second try in the 78th minute. Koroisau converted for a 26-20 scoreline but the Jets held on to take the two competition points. Addin Fonua-Blake, Koroisau and Pratt were the best players in a beaten side for the Sea Eagles. 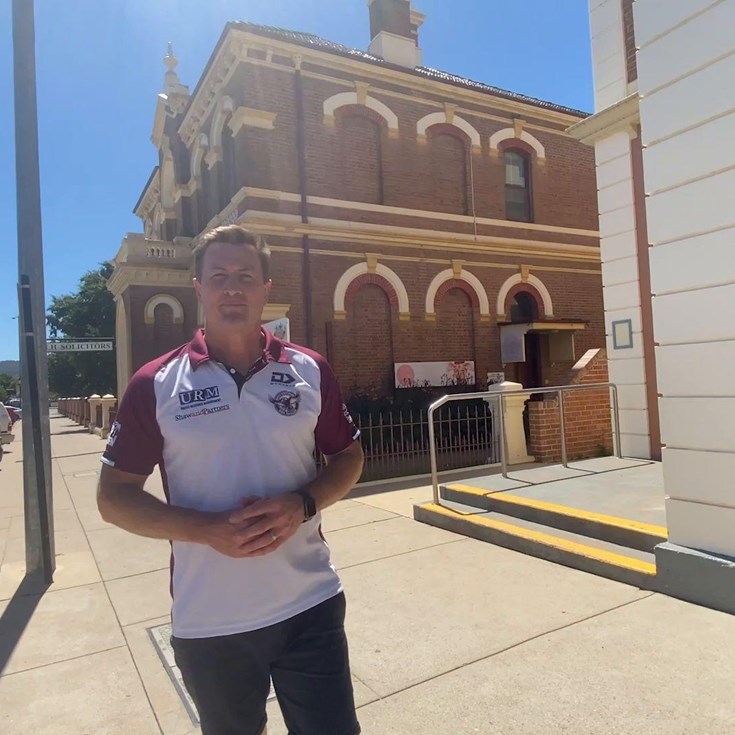