Daly Cherry Evans today announced that he will be a Sea Eagle for life.

“It is with great pleasure and humility I can confirm I will be continuing my stay with the Sea Eagles, Daly said."

“This gives me an opportunity to become a one club player which is something I have always dreamed of since I arrived as an 18-year-old.

“I like to thank the Manly Warringah Members and supporters for all their support. I hope they are just as pleased with this decision as I am.”

Cherry-Evans today signed a playing contract that will keep him at Brookvale until the end of his NRL career. This will make the 26-year-old a one club player.

A Mackay Brothers junior, Cherry-Evans came through the lower grade ranks at the Sea Eagles before making his NRL and Club debut in Manly’s 2011 Premiership year. He has gone on to play for Queensland and Australia out of the Sea Eagles system.

Manly Warringah Sea Eagles Chairman Scott Penn said the long term deal was befitting of a player of Daly’s stature in the game.

“Daly is the calibre of player that the Club can continue to build a premiership winning culture around,” Penn said.

“Daly has already played in 2 Grand Finals for the Club and won a Clive Churchill medal. He is at the top of his game and this contract reflects how valuable he is to the Sea Eagles and how important he will be for our future success.”

“We are very confident that this signing will be the tipping point for the Sea Eagles future recruitment plans.”

CEO Joe Kelly said the re-signing of Cherry-Evans was a massive boost for the Club.

“Today is a wonderful and historic moment for the Sea Eagles, our sponsors, members and supporters. Daly is one of the best halves in the game and has a long-term representative career in front of him at both State and National level,” Kelly said.

“To now know that he is committed to being a one Club player for Manly Warringah is extremely satisfying.”

Head Coach Geoff Toovey said it was great news for the side.

“Daly is an integral member of our team, and his experience and leadership skills are invaluable, especially to the younger players coming through,” Toovey said.

“This is a great confidence boost heading into the business end of the season.”

“We gave Daly the time and space he needed to make the right decision for him and his family,’’ Lyon said.

“Naturally we’re ecstatic that Daly will be wearing the Sea Eagles colours for the rest of his career.” 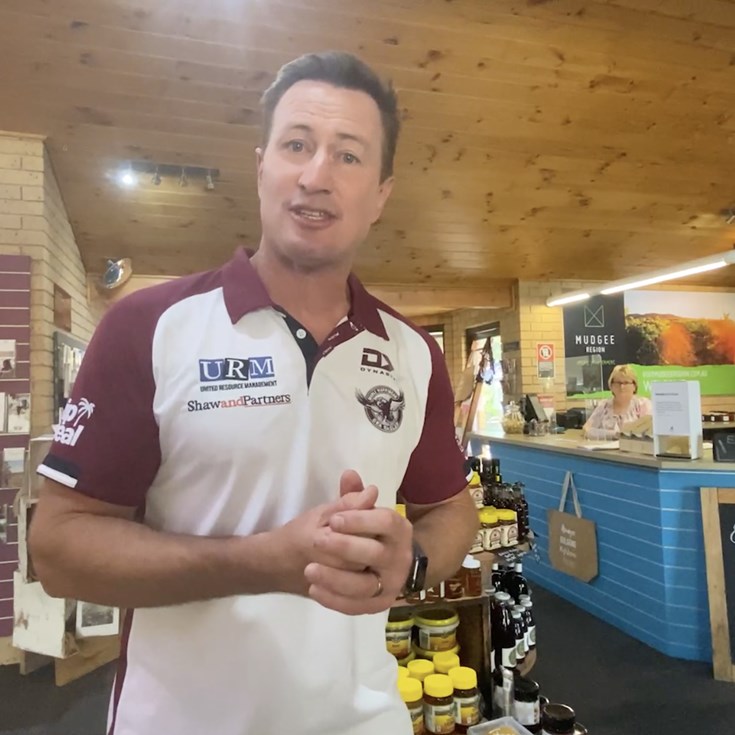