Jake Trbojevic and the entire NSW squad will rejig their Origin preparations to pay their respects to Immortal Bob Fulton – the "big dog" who personally stepped in to secure two of the most important signings in Sea Eagles history.

Brad Fittler has shuffled the Blues training on Friday to have his 19-man squad attend Fulton's state funeral at St Mary's Cathedral, where they will form a guard of honour for the Manly icon alongside the current Sea Eagles NRL side.

Across an incredible life in rugby league Fulton acted as a Blues selector for 18 years and is a NSWRL Hall of Fame member.

For the Trbojevic brothers Tom and Jake, Fulton's influence was all-encompassing as Manly patriarch.

Fearing NRL rivals – including then-Bulldogs coach Des Hasler – were sniffing around the rising brothers in 2016, Fulton weighed into the pair's contract negotiations to tie them up long term.

Fulton told the Manly Daily at the time they were "the most important signings that the club will make over the next few years," before both Trbojevics inked further multimillion-dollar six-year extensions last year that will likely make them Sea Eagles for life.

"As soon as I got into camp I wanted to find out if I could go," Trbojevic said of attending Fulton's funeral on Friday.

"Obviously he is Manly's greatest-ever player and a big influence on our club. I'm really happy we get to go.

"It will be great to show the respect to the family. They had a big influence on our club and Bozo just in general as a player and a coach.

"Tom and I we negotiated a contract with him, so we got to know him well then.

"We got to know him well during it. He is obviously a big presence and has a real big aura about him when he was in the room.

"Similar to Mal [Meninga] when he walks into a room.

"He sat down with Tom a lot and did individual video and stuff on his fullback, defensive play and positional play."

The Blues were put through the lightest of first training days on Tuesday, with James Tedesco (hip pointer) and Payne Haas (knee) both taking part in the session.

After arriving in camp late on Sunday night Jake Trbojevic asked Fittler if it would be possible to attend Fulton's funeral, with the NSW coach already well ahead in his own plans to pay homage to the 74-year-old.

"I asked about it because I knew at Manly they were all going," Trbojevic said.

"Freddie said we could change training a bit earlier to go.

"I was never coached by him but I know when you talk to guys like [Manly great] Steve Menzies who was, they just love him.

"They just talk about how he had a good knack of getting the best out of people." 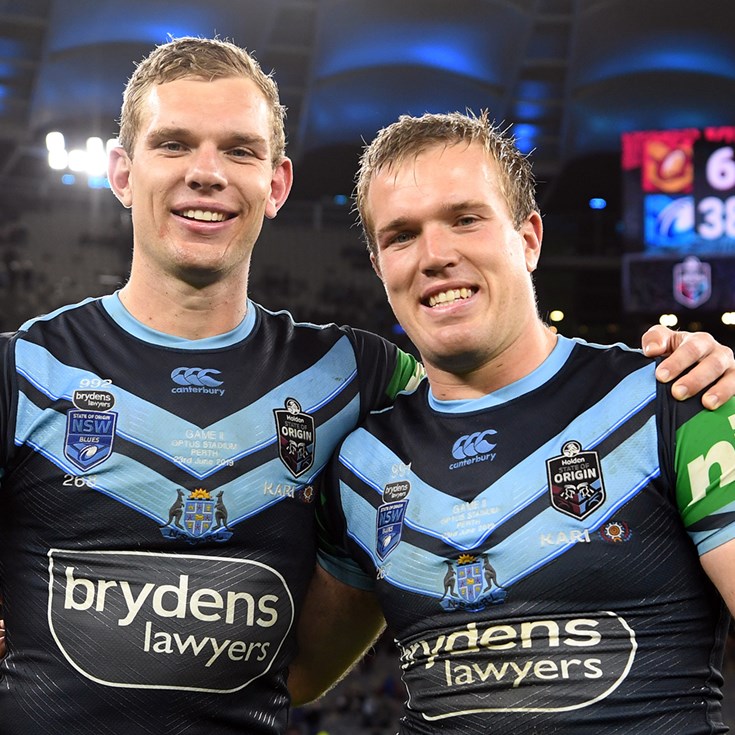 Jake pinches himself after magical night with brother Tom