There are no saviours on the horizon, only more injuries, as the punch-drunk Sea Eagles welcome fellow finals outsiders Wests Tigers to Lottoland.

Both sides trail eighth-placed Cronulla by six points with just four rounds left of the regular season and while there are theoretical paths to the play-offs for both even Manly coach Des Hasler admits they would need a miracle.

The Sea Eagles suffered another blow on the injury front when winger and goal-kicker Reuben Garrick suffered ACL damage against the Storm - increasing the pressure on a side that was already struggling to post points.

The Wests Tigers have done much better in that department (336-259) but coach Michael Maguire's hints at line-up changes could affect the cohesion of an already inconsistent attack.

Sea Eagles: Some late changes for Manly with Morgan Harper in the centres, Albert Hopoate on the wing and Josh Schuster making his debut at five-eighth, with Abbas Miski and Haumole Olakau'atu out of the side.

Cade Cust and Morgan Boyle were cut from the squad 24 hours before kick-off.

Reuben Garrick (shoulder) and Joel Thompson (ankle) are out with Jack Gosiewski starting in the back row and Corey Waddell joining the interchange.

The Sea Eagles have lost four of their five games at Lottoland in 2020.

Wests Tigers: After the club's backline woes against Penrith, coach Michael Maguire has moved Adam Doueihi from fullback to centre with Moses Mbye shifting to fullback while winger Tommy Talau has been dropped for AJ Kepaoa.

Josh Aloiai returns at prop, Matt Eisenhuth goes to the bench and Shawn Blore drops out.

Chris Lawrence and Russell Packer were cut from the reserves on game day after Tommy Talau and Josh Reynolds were omitted 24 hours before kick-off.

Wests Tigers have conceded 192 points in their past six games - the same amount as Manly.

Daly Cherry-Evans v Benji Marshall: The veteran halfbacks hold the key for teams that have struggled to score in recent weeks - each producing just one try in heavy round 16 defeats. Cherry-Evans has carried the burden of creating try-scoring chances ever since Tom Trbojevic went down while the Marshall magic has been on display as recently as the opening try against Penrith last Saturday.

David Nofoaluma's stunning season for tries and tackle breaks hasn't translated into wins for Wests Tigers, who will miss the finals for a ninth straight year. Nofoaluma has racked up an NRL-high 104 tackle breaks, one more than Roosters superstar James Tedesco.

Sitting third on the list is Kalyn Ponga with 90. The quality of players around Nofoaluma on the tackle break table highlights what a great year he has had - and highlights how frustrating the Tigers' fadeout has been in recent weeks with losses in five of their past six games. 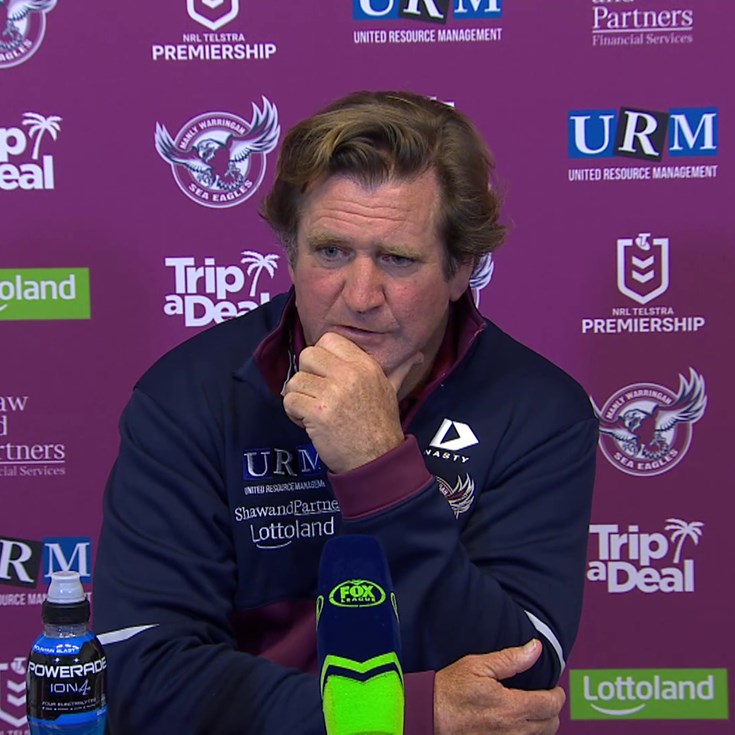