Jorge Taufua's hits are of such a velocity they make Manly team-mate Jake Trbojevic's ears ring.

"They are certainly motivating – far out," Trbojevic said of the winger turned tackling assassin.

"I was right near a couple of them and thank God I'm not the winger or fullback sweeping out the back… I hear those hits. Geez he hits them hard."

He only makes half-a-dozen tackles a game on average but there will be a stand-out in every match. Just ask Cameron Munster, Shane Wright, Adam Doueihi or Dylan Brown – and that's only in the past few weeks.

The hit on Storm's five-eighth two weeks ago has been viewed 6.9 million times on Facebook alone.

There's probably a message there for the Sharks No.6 Shaun Johnson this weekend when the Sea Eagles take on Cronulla in the first elimination final at Lottoland.

"Maybe watch his rib cage or something like that?" said Manly centre Brad Parker, who patrols Manly's left edge with Taufua.

"Jorge has been doing those big hits all year so he can keep going with it," Parker said.

"It definitely lifts everyone. It gives us a bit of confidence and energy as well. Look he's so well-reserved around the place so when he does it it's almost unexpected – when he comes out and just kills someone."

Trbojevic is also amazed at the meekness of Taufua off the field and the murderous-nature of his front-on tackles on it.

The Man I Am - Jake Trbojevic

"Thing is he's very laid back, very humble, very respectful guy. But then he goes out and does hits like that and you think 'Wow!'," Trbojevic said.

"Sometimes when he does those hits, he's forced the ball loose at a really critical time so it's been really good for our team. There's a lot of motivation for all of us in that."

"They're world class. A lot of their side is from the 2016 premiership so they're an experienced side in finals footy," Trboejvic said.

"It's something we as a side, well we don't have right now – those big games. But we'll learn that over time.

"It makes facing blokes like [Paul] Gallen, [Andrew] Fifita, Aaron Woods, Matt Prior tough. They are quality, quality players and have been that way for so long.

"So we're not unaware how hard this task is going to be, but we've very excited nonetheless." 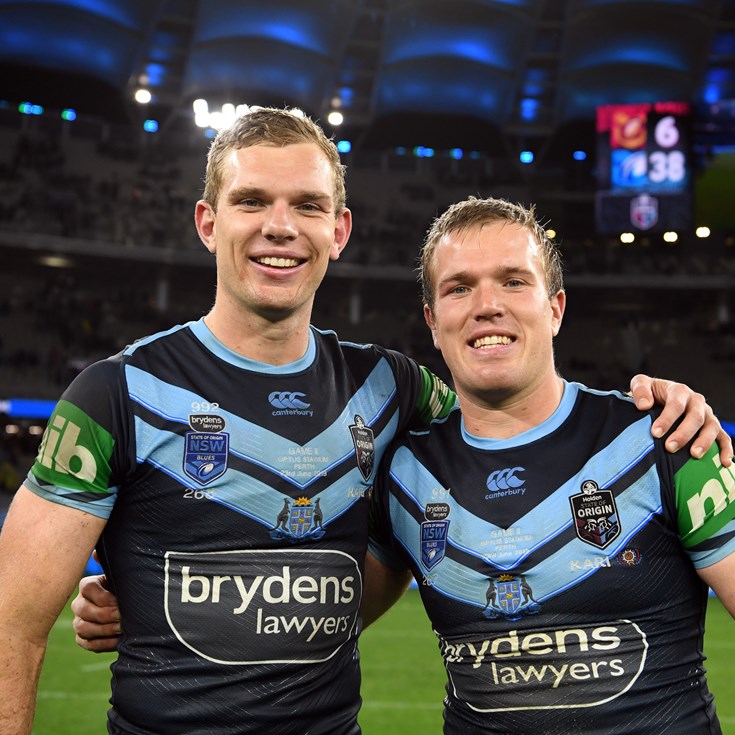 Taufua and Parker the odd couple