With injuries galore, do Manly have the personnel to overcome Cronulla and make a dent in the finals?

The Sea Eagles have lost both starting back-rowers in Joel Thompson (broken arm) and Curtis Sironen (foot), while star fullback Tom Trbojevic can only watch after undergoing surgery last week for a ruptured pectoral.

Add in the fact that prop Martin Taupau also misses the clash after pleading guilty to a grade-three high tackle charge against the Eels last round and Manly are firmly up against it in this sudden-death final.

But the Sea Eagles have defied the doubters all year with Des Hasler back at the helm, rebounding from a 15th-place finish in 2018, and they're sure to scrap hard in front of their home faithful.

Cronulla, on the other hand, boast a relatively clean bill of health and have built some momentum in the back end of the year. Apart from the continued absence of Matt Moylan (hamstring) coach John Morris has a full complement available for selection after an impressive victory in their must-win quasi-finals clash against Wests Tigers in round 25.

Sea Eagles: Manly will start 1-17 with Lachlan Croker and Tony Williams the match-day omissions after Cade Cust and Tevita Funa were the first cuts from the squad 24 hours out. Centre Brad Parker passed concussion protocols to line up. Haumole Olakau'atu will make his debut from the bench after Des Hasler elected not to promote Williams into the 17. The Sea Eagles have won 10 of their past 11 games against the Sharks.

Sharks: Andrew Fifita has been promoted from the bench in a swap with prop Aaron Woods but otherwise Cronulla are 1-17. Matt Moylan (hamstring) has been ruled out by John Morris, with Josh Dugan to take on the fullback duties once more. Blayke Brailey was the other omission 24 hours out from kickoff. The Sharks have only won six games at Lottoland in the past 52 seasons.

With Tom Trbojevic out, Manly halfback Daly Cherry-Evans's importance in attack only increases on the big stage. For the Sharks, Chad Townsend needs to provide a steady hand and guide the team around to free Shaun Johnson up to provide a spark of magic.

There's no doubting that Manly are courageous but that will count for little if they hurt themselves. Hasler lamented errors at crucial stages in last week's defeat to Parramatta, so simply holding the pill and capitalising in attack - especially with limited firepower - could be enough to secure the win.

For the Sharks to win

Like Manly, the Sharks play a forward-heavy style around senior middle men Andrew Fifita, Matt Prior, Paul Gallen and young buck Braden Hamlin-Uele. With Taupau to miss the clash, the Sharks will go a long way towards winning if they steamroll Manly from the get-go.

Not having Tom Trbojevic and Marty Taupau really hurts Manly. Addin Fonua-Blake and Jake Trbojevic are going to have to take a lot of the go-forward work and do a lot of the ball-playing. The key for Manly is Daly Cherry-Evans and the two dummy-halves, which means Cronulla can afford to tighten up a bit defensively and control the momentum in the middle, and that's a huge part of stopping Manly. The Sharks' left edge attack with Wade Graham is a huge threat and they ride in with great confidence from a wonderful second 40 minutes last week under pressure. The Sharks love fighting over a bone and there's a lot of motivation to keep the momentum going for a legend in Paul Gallen. Sharks by 8

Field possession will be integral and Manly may have a trump card with the boot of Cherry-Evans. The Manly skipper leads the NRL with four 40/20 kicks this year.

The Sharks have an awful record on the northern beaches. They are winless at Manly's home ground since 2008, with 39 losses in that time and just five wins against Manly through the club's 52-year history. 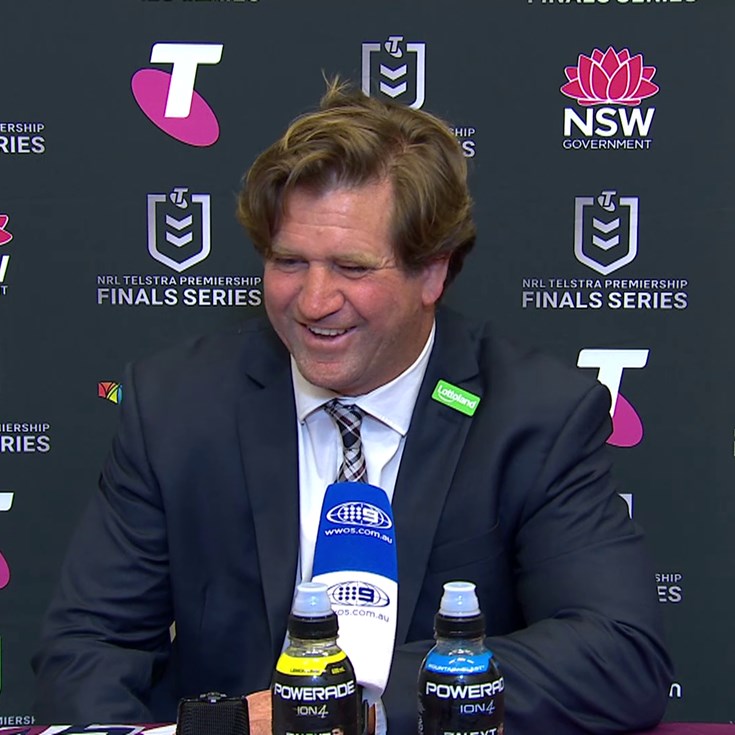