Reuben Garrick has played 11 games with Brendan Elliot in the No.1 jersey in 2019 and 12 alongside superstar fullback Tom Trbojevic.

So he's well-placed to talk about the ease at which Elliot will slot back into the custodian position with Trbojevic heading for surgery on a torn pectoral later this week.

"They're both great communicators at the back and that's massive for our back-three," Garrick said of himself on the right flank, left-side winger Jorge Taufua, and the fullback.

"He knows where and when to chime in. I've played with both of them and they're quality footballers and athletes.

"Brendan will do a tremendous job like he's done previously."

For Elliot, the faith coach Des Hasler has showed in him has brought its rewards in 2019 already. He's played 15 games for the Sea Eagles (the other four at centre), which is the most in his seven-year NRL career starting with the Roosters, Knights, Titans and now Manly.

And now he steps back into Trbojevic's shoes for the last club game of the year – against Parramatta at Bankwest Stadium on Friday night - just as he did in the first game of the season against Wests Tigers at Leichhardt.

"I trained the whole pre-season at fullback and then obviously started the first game there," Elliot said on Tuesday.

"Even when I wasn't playing there in the middle part of the year, I was still training at fullback. So I definitely feel comfortable there.

"Each week when I train and play I'm aiming to do the best I possibly can for Manly and I'm going to continue to do that."

Elliot has good resources to turn to at the Sea Eagles when it comes to the art of organising the defensive line or chiming into the attacking line.

"I have always tapped into Brett [Stewart]'s knowledge and I talk regularly with Tom – will continue to do that – as they both know what to do and how to do it," he said.

Elliot was actually having his routine physio session at Manly's North Narrabeen headquarters on Monday afternoon, when the news came through that surgeons had advised Trbojevic to have the surgery immediately.

"I was gutted for him," Elliot said.

"He's had a great season and performed at the highest level and done extremely well. It's a massive loss, especially missing finals.

"Everyone is going to have to step up and do their role not only to the best of their ability but more as well."

Garrick filled in for Trboejvic at fullback last weekend after he injured his pec reaching out to try to stop Storm winger Josh Addo-Carr flying by.

"I'd definitely play it if it was best for the team but Des makes that decision and Brendan has been tremendous for us there this season," Garrick said, referring to Elliot's 52 tackle busts and seven line breaks so far. 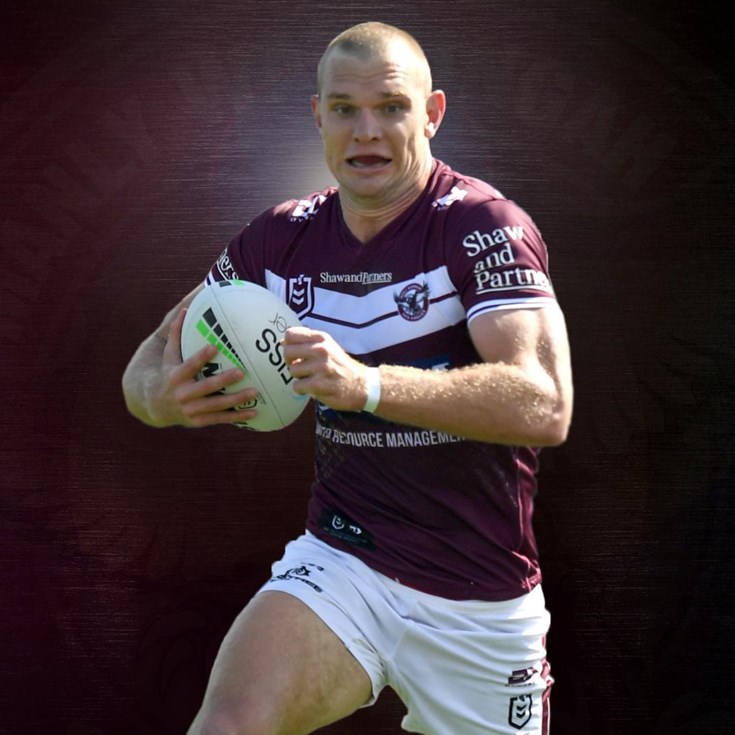 Simplicity the key to Manly's overachievement