Tom Trbojevic is standing in rarified air. And that's got nothing to do with the fact he's 194cm tall.

He has not lost a game of football for 2019 ... so far. Admittedly he's had two lengthy spells out of the game due to hamstring tears, but he's won all five games for Manly and his one game for NSW.

Turbo is firing on all cylinders.

"Great ... you don't need to jinx me like that," Trbojevic told NRL.com leading into Wednesday's Holden State of Origin decider in Sydney.

"But I guess  it is nice to know. I did lose a trial match so I have lost a game."

That was the Sea Eagles' 28-22 loss to the Sharks in February – the game Trbojevic first injured his hamstring.

"It [hamstring] is going really well. I obviously looked after it a bit more the second time around," he said.

"I've been doing all the stuff I need to do each day just to keep everything strong and reliable."

It's not his leg muscles that get him into a flap. Trbojevic admits he feels the anxiety creeping up within him in the 24 hours before kick-off. But he's not one for headphones to block the world out.

"I’m not much of a music kind of guy. I've got my pre-game routine that I like to go through.

"I'm usually pretty quiet before warm-up. Not too much is said because everyone is feeling just that little bit more anxious.

"I'm nervous before every game and Origin only adds to it. I daresay I'll be quite nervous on Wednesday being a live series still."

Surprisingly he's not anxious about the public expectation to score tries. He's played four games for NSW and crossed the stripe five times.

In Perth he rattled off his first hat-trick for the Blues in the 38-6 drubbing. He's scored two trebles for the Sea Eagles: in the round-25 win over the Raiders in 2016 and the round-23 win over the Titans in 2018.

"Definitely my focus is not solely on scoring tries. I'm here to do a job for the NSW team at centre, which is different to playing fullback at Manly.

"It's a different role for me here at the Blues and it's one I get excited about. The tries come if they come."

What might make it a little more difficult for back-line movements with plenty of zip, is the greasy nighttime surface of ANZ Stadium.

What NSW players would tell their 18 year old self

"It does make a massive difference. With wet footy it's harder to play the type of open footy I like. Having said that, Perth was wet too and we won well there," Trbojevic said.

"We have been training out at Homebush and got a couple more sessions there next week to get a bit more familiar with it. I'm not overly concerned." 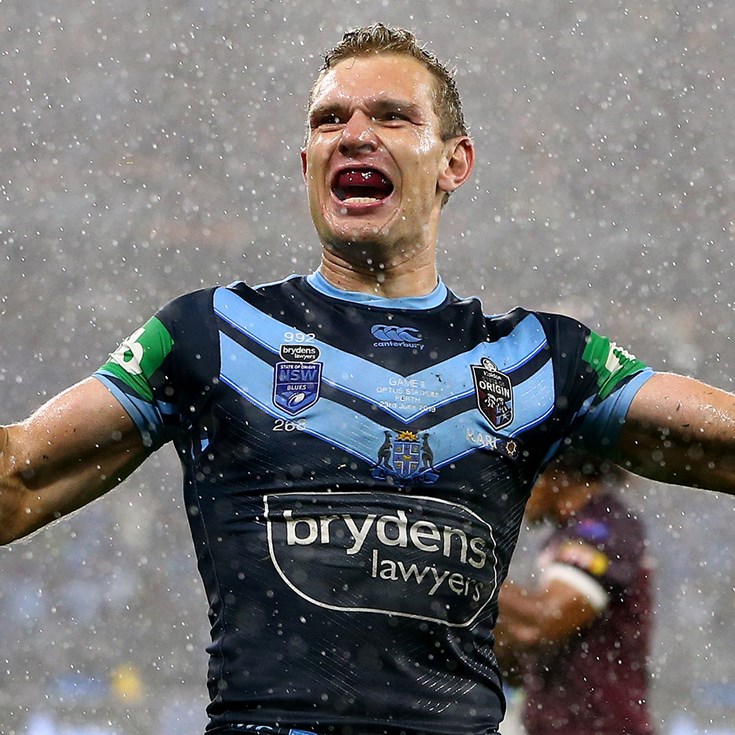 Trbojevic Out to Spoil Slater's Party

Trbojevic: 'Confident on the Wing'