NSW ripped them apart in Perth, but Daly Cherry-Evans believes he can bring the Maroons back together for the State of Origin decider at ANZ Stadium on July 10.

Queensland coach Kevin Walters will unveil his side on Monday morning with Cherry-Evans to lead a team that is expected to welcome back Origin I debutant Joe Ofahengaue but is set to be without injured star fullback Kalyn Ponga.

As skipper, Cherry-Evans will help to heal the mental scars players may still be carrying after he conducted his own agonising autopsy of the 38-6 hiding at Optus Stadium seven days ago, the second heaviest defeat in Queensland’s proud Origin history.

The Sea Eagles skipper has streamlined how he reconciles a poor performance but says he will allow each individual to process the result in their own way before setting their sights on the ultimate redemption.

"Years gone by, early on in the piece, I used to stress for weeks over a loss. Easily," Cherry-Evans said after shaking off any game-two gunk with a 30-12 win with Manly on the Gold Coast on Saturday.

"I just couldn't let bad performances go but that's something I've certainly been able to adapt to on an individual level.

"I never put a time on it but as I've become an older and more experienced player I have learned to deal with losses quicker.

"One thing I've learned to do as a skipper is not to judge anyone for the way they come out of a game. We all deal with losses differently. Some like to express themselves, some like to talk, some like to go within themselves and just be alone.

"That's one thing that I have learned is not to judge anyone on how they do finish after a loss but certainly the most important part for me now is to bring us all back together and focus in on game three.

"I definitely made sure that I got over the result as quick as possible so I could focus here on Manly today. Now that that job's been done I'm certainly super excited about what lies ahead for Queensland."

Rather than shy away from the possibility of letting a series slip through their fingers, Cherry-Evans’ excitement at the occasion ahead of both sides was unmistakable.

"We're playing in the decider. It's bloody exciting," said Cherry-Evans, who will play his 10th Origin on July 10.

"I can't wait for it. There's a lot of hard work to be done until Wednesday week. I'm really excited about the opportunity for us as a Queensland side next week." 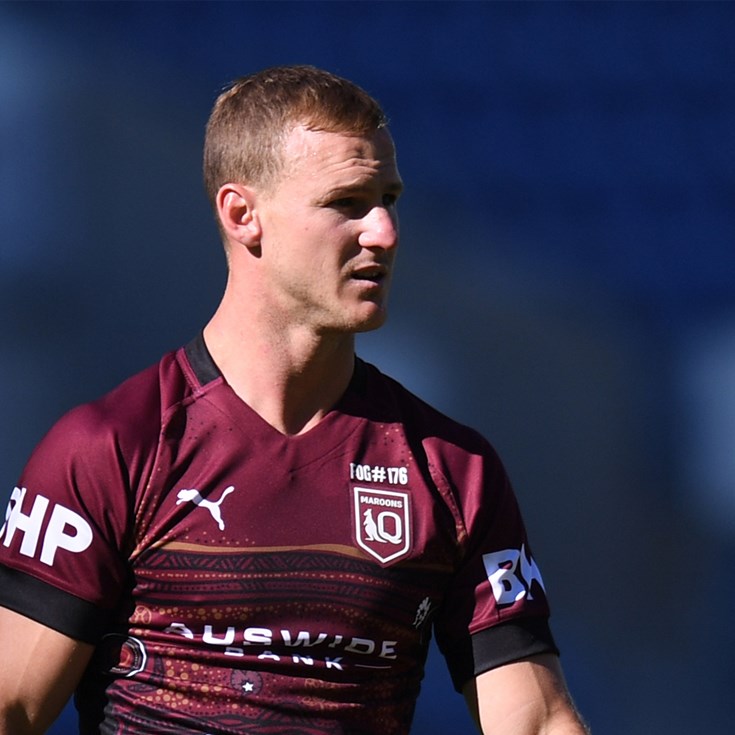 DCE won't beg when it comes to Origin selection