Who could forget the controversial ending the last time these sides met at WIN Stadium in round six when the Dragons hit the front late and then the no-call on an 'escort' play had Manly seeing red.

The Sea Eagles will be out for revenge on Sunday at a packed Lottoland and they are starting to look ominous with Tom Trbojevic and Daly Cherry-Evans back on deck to lead the charge for a top-four spot.

The Dragons arrested an alarming five-game losing streak against the Bulldogs and welcomed back a star of their own with Corey Norman calling the shots in style.

With both sides coming off good wins, this promises to be one of the matches of the round.

Sea Eagles: Manly will start 1-17 after Brendan Elliot and Kane Elgey were omitted an hour before kick-off. Lloyd Perrett and Haumole Olakau'tau were cut from the reserves on Saturday. The Sea Eagles have won three of their past four games at Lottoland.

Dragons: In news announced an hour before kick-off, Korbin Sims will start with Blake Lawrie dropping back to the bench. Jeremy Latimore and Jordan Pereira were the last two players dropped from the squad. Lachlan Maranta replaces Zac Lomax in the centres. Luciano Leilua has gone from starting to the reserves within 72 hours after failing to turn up to last week's final training session on time before the Bulldogs clash. Josh Kerr and Lachlan Timm were trimmed from the reserves on Saturday.

Daly Cherry-Evans and Ben Hunt savoured Origin glory together and then returned to club footy last weekend to steer their sides to victory. The two marquee men will take centre stage at Brookie and their ability to kick long to corners and pin the opposition down will be critical, as will the short kicking game to try and get repeat sets. Having Corey Norman back seemed to give Hunt a new lease on life against the Bulldogs while DCE has Tom Turbo back to trail him up the middle and capitalise on any half chances. Two quality No.7s on show here in a mouth-watering match-up.

Big men Martin Taupau and Addin Fonua-Blake need to keep doing exactly what they've been doing - intimidating opponents with bruising defence and charging through the middle of the ruck with no thought of self-preservation. Taupau is averaging 157 metres per game and Fonua-Blake 164 metres and if they can get over the top of the Dragons pack then DCE will do the rest and lead Manly to another win.

For the Dragons to win

The Red V will need to be composed and clinical if they are to overcome a hostile crowd and a Manly outfit eager to make amends for that WIN Stadium defeat in April. Paul Vaughan and Tyson Frizell need to take them forward and lay a platform for the halves to control the tempo and try to take the crowd out of the game with early pressure and early points.

The Trbojevic boys are back together, Cherry-Evans is there, and Des Hasler has Manly flying. But Corey Norman adds enormous attack for the Dragons. They'd lost five in a row then all of a sudden the return of Norman was a huge boom for them. I think they can cause an upset on the back of a Corey Norman masterclass in this one. Dragons by 8.

Discipline, or lack of it, has been an issue for the Sea Eagles. Des Hasler's men have conceded 97 penalties in their 13 matches - only the Panthers (105) have conceded more. The Dragons are down on 10th spot on that table with 76 penalties conceded in 13 games.

Ben Hunt cops a bit of stick for his defence and he will certainly be targeted by Manly's edge forwards but it's worth remembering he did come up with 53 tackles for the Maroons in Origin I playing in the unfamiliar hooker role. There's nowhere to hide in the middle of the ruck at Origin level and Hunt never shirked his task but he's happy to leave that sort of grunt work to Dragons No.9 Cameron McInnes at club level. McInnes made 46 tackles without a miss against the Dogs and averages a tick under 50 tackles a game in 2019. 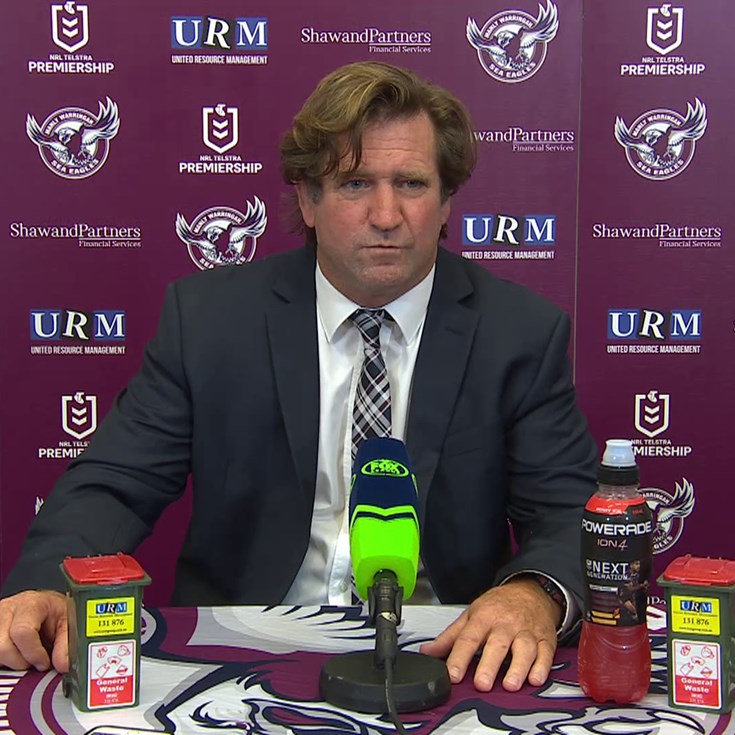