Manly winger Jorge Taufua urged the Sea Eagles to embrace the next 48 hours of emotion with a different type of build-up to their clash with the Warriors.

The round-three fixture between the Sea Eagles and Warriors in Christchurch was scheduled long before the devastating massacre that took place in the city on March 15.

Both clubs have a heavy focus on the off-field impact rugby league can have to support the tragedy.

"We flew in late last night, got a bit of a sleep in today from the coaching staff thought we'd come down to see some of the players and families here," Taufua told NRL.com on Thursday from Christchurch.

"A few other groups of boys are doing things in the community as well. Hopefully with us being here it's a massive positive for the community. We feel for them and we're living with it this week as the community does, not just Christchurch but the whole of New Zealand.

"We'll feel it again when we leave. There is a game to be played but that will take a bit of a back seat over the next couple of days."

The side will hit the training paddock for the final time on Friday before hosting the Warriors at Christchurch Stadium.

Despite trailing 22-0 at half-time last week against the Roosters, a second-half comeback to reduce the deficit to a more respectable eight-point loss gave Manly a quiet boost.

"We've been confident in our first two performances even though we haven't got the results," Taufua said.

"We're optimistic with what we have to offer. The first half was terrible on our part but to see the way we finished, we got excited with what we can do with a bit more attention to detail around starting well and keeping it like that for the full 80 minutes."

The return of Tom Trbojevic is another added boost for the Sea Eagles, but Taufua said players needed to be more vocal on the paddock and none more so than the dual international, who is one of the longest-serving players at the club.

"As a player I need to grow a bit more into a leader. I'm quiet at times. I like to lead with my actions but with all the time I've had here to be a quality leader I need to speak more as well."

Fusitu'a dominated their match-up in last season's corresponding game with a hat-trick of tries.

"Fus is an athlete, he's a strong finisher and runner," Taufua said.

"I've just got to do my best. I enjoy those challenges. That's the person I am, I just do my best." 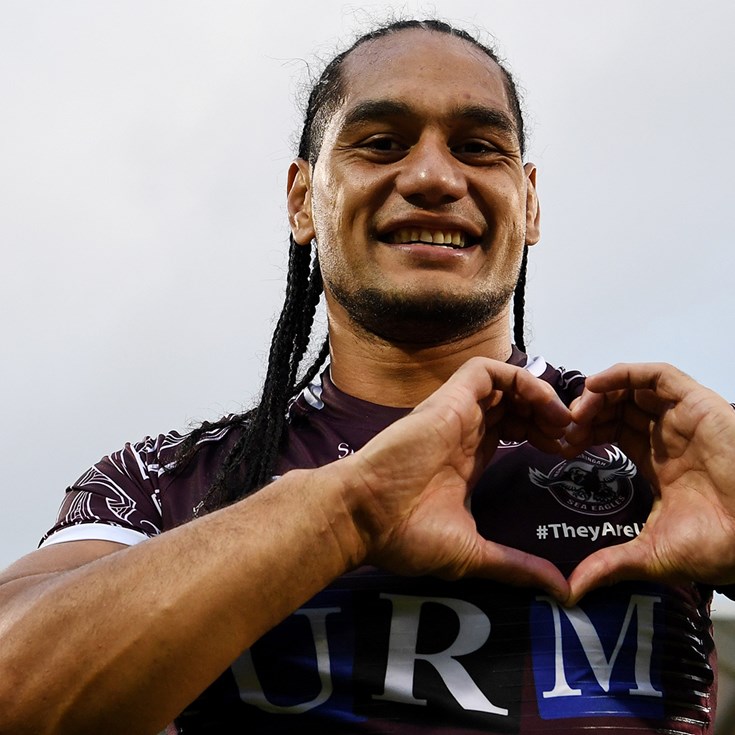