There is a vacancy sign up at Manly in the back row with Jack Gosiewski waving his hand in the air a little higher after a solid trial against the Sharks.

While Joel Thompson, Curtis Sironen and Jake Trbojevic probably have tabs on the starting second row and lock positions, Gosiewski would be an apt candidate for a bench spot.

The former Rabbitohs under 20s captain is into his second season at the Sea Eagles and would dearly love to show what he can do.

A snippet came at Shark Park on Saturday night. Gosiewski played long minutes in both halves and provided an ever-present threat with his running and offloads.

"I was happy with my minutes. I felt pretty fit, pretty fine out there actually," Gosiewski told NRL.com.

"I did have a few handling errors in my offloads, which I'll fix up this week."

DCE starts and finishes it

Well, one did work a treat. Gosiewski carved his way forward near the northern-end goalposts and let go a sublime offload for skipper Daly Cherry-Evans backing up to score Manly's third try of the night.

"I could hear him coming from a mile away so I just had to pop it up for him," Gosiewski said, adding the move was not a rehearsed one.

"It was just a bit of broken play in the middle and I got through so I was ready for him.

"It's been a long pre-season so it's good to get that hit-out and finally play some footy."

It was the sort of move that would have caught Des Hasler's eye as he finds back-rowers to fill both edges and maybe some time in the middle after Manly lost Shaun Lane (Eels) and Lewis Brown (retired) in the off-season.

"There's still a good squad of back-rowers here. So that hasn't really changed but it's good – it keeps things competitive here so you earn your spot in the team," Gosiewski said.

And there's the rub. The 24-year-old Mullumbimby Giants junior has been unable to earn a regular spot with a succession of injuries.

In two years at South Sydney he had nerve problems in his neck, a troublesome kneecap but things didn't stop once he came to Manly in 2018. He had a broken

hand and then a broken thumb.

It all added up to only eight games last year – only 14 NRL games in three seasons.

"Pretty much to stay injury free," is Gosiewski's hopeful plea for 2019.

"The last three years have been a bit difficult with all sorts of injuries, which have stopped me playing footy consistently.

"I'd like to string together 10 games or more and build from that – see where I can take things.

"I don't know if I'm unlucky or it's the way I play the game. I've looked a few things in different ways like my aggression in defence. I just hope things swing around."

Gosiewski has enjoyed a pre-season completely free of any niggles or clean-up surgeries.

He has also been training on the edges, at lock and in the centres.

He is hoping to get another run in Manly's second and final trial, against the Roosters at Gosford on March 2.

There the Sea Eagles will want to show the NRL world that a more potent Manly side will be in action for this Telstra Premiership season.

"We want to better ourselves from last year definitely (15th). We didn't finish where we wanted to or where the fans wanted. We aim to change that," Gosiewski said. 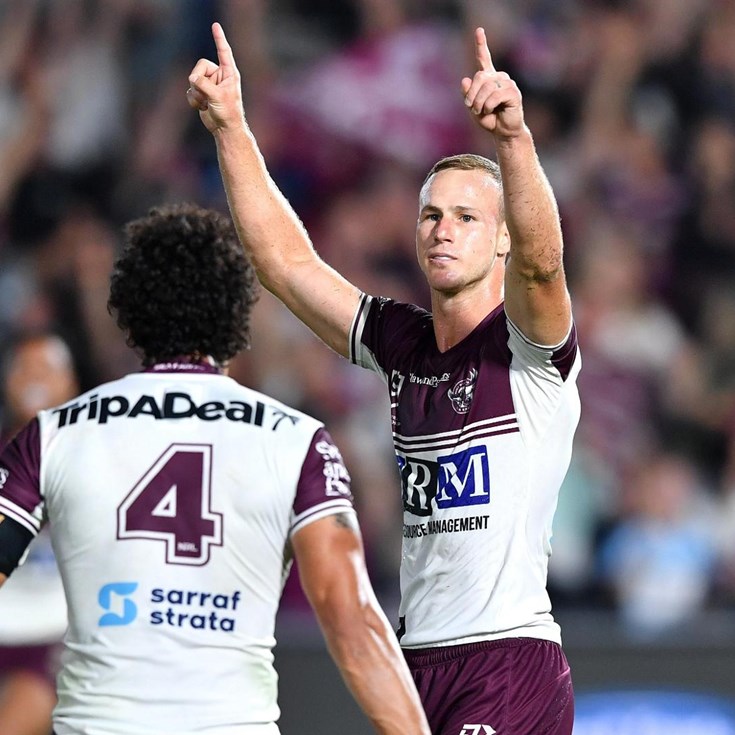 Gosiewski puts off season-ending surgery to star for Manly