Two of the Northern Beaches’ biggest brands have come together in a new three-year partnership, unveiling 4 Pines Brewing Company as the new Official Beer of the Manly Warringah Sea Eagles.

4 Pines beer will now be available at all Sea Eagles home games at Lottoland, starting with Manly’s first home match against the Sydney Roosters on Saturday, March 23.

4 Pines Brewing Company was established in Manly in 2008 off the back of a casual conversation between a father and son, post surf, who simply wanted an exceptional beer and options were limited.

In that same year, the Sea Eagles crushed the Melbourne Storm 40-0 in a record breaking grand final score under current Manly Coach, Des Hasler, giving both brands plenty of reasons to celebrate.

Since then, the Sea Eagles have gone on to win another premiership in 2011 under Hasler whilst 4 Pines has continued to grow their presence in the Northern Beaches, with venues in Manly, Newport as well as Brookvale, where their Truck Bar is just minutes from the Sea Eagles’ home ground.

Despite now having such a strong presence right across the country, the 4 Pines commitment to the local Northern Beaches community, of which it grew from, has never been stronger.

This allegiance and active involvement in the local community was highlighted again with 4 Pines’ new three-year partnership with the Sea Eagles.

4 Pines Chief Beer Lover, Richard Sweet, said the company has plenty to look forward to with the partnership with the Sea Eagles.

“We’re excited to be on board and looking forward to the next three years together,” Sweet said.

To celebrate the new partnership, premiership-winning Manly players Max Krilich, Terry Randall, Alan Thompson, Ian Thomson, and Mark Bryant were on hand to taste test the 4 Pines range and ensure all is ready to go for season 2019 at Lottoland.

Krilich, who captained Manly in the 1978 grand final victory, said it was great to see two iconic brands on the Northern Beaches now in partnership.

“4 Pines is a great drop and it’s even better that it’s a local brand that was born here in Manly,” Krilich said.

“I wish it was around when I won those two premierships. It would have just made the celebrations afterwards even better.

“However, I am sure that there are much bigger and better days ahead now for the Sea Eagles in the NRL, and they will be able to enjoy it more now with 4 Pines as part of our team. I am sure our supporters will enjoy the 4 Pines range knowing they are supporting a company that proudly backs their Club.”

4 Pines is the official presenting partner of the 2019 Manly Warringah Sea Eagles Season Launch to be held at Manly Pavilion on Wednesday, March 6. 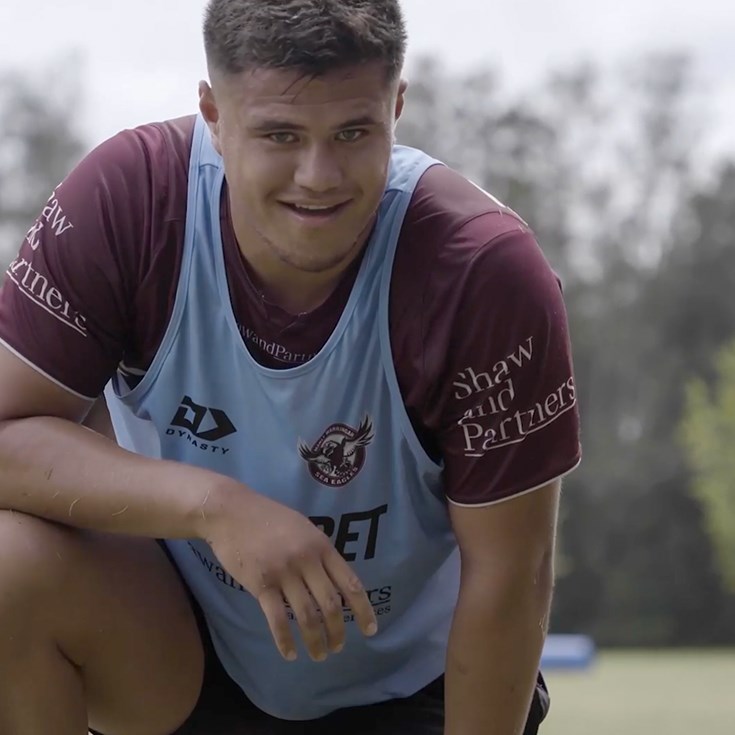