Maybe they suffered a mental letdown after Brisbane rolled the Rabbitohs, but the Wests Tigers' recent good form was only on show in bits and pieces in last week's home loss to the Dragons.

Perhaps that's not giving enough credit to a Dragons side that surely silenced a few doubters with a determined 80-minute performance.

As it stands they can still finish in the top eight, but the Tigers have to win their final two games by big margins to boost their for-and-against differential and rely on either the Broncos or Warriors to lose theirs.

Ivan Cleary realises his team's finals hopes are hanging by a mathematical thread, but the Tigers are taking the view that until they are officially out of it, they're in it. And that's the only attitude they should have.

Cleary will make sure his players play the season out to the very last second, regardless of whether they're in contention or not in next week's final round.

The poor old Sea Eagles can't take a trick, squandering a 22-6 lead to the Titans last week and losing 42-34. They are certainly capable of causing an upset but the Tigers should be too good at home.

Key match-up: Kudos to Daly Cherry-Evans for taking ownership of his team's loss to the Titans. He has experienced one of the most bittersweet years of his career, defying his critics to be selected in the Queensland Origin team for game three and playing a starring role in the subsequent victory. But Cherry-Evans has been unable to ignite the Sea Eagles in 2018 and, rightly or wrongly, it's a cross he has to bear. DCE has a tough challenge on his hands against Luke Brooks and Benji Marshall.

For the Wests Tigers to win: When their very talented spine is clicking as one, the Wests Tigers can cause opposing defences as much trouble as any team in the competition. If Moses Mbye, Robbie Farah, Brooks and Benji each brings his A-game, they should win comfortably. Coach Cleary will also be banking on big games from the likes of Russell Packer and Ben Matulino.

For the Sea Eagles to win: Cherry-Evans has to shrug off last week's disappointment and frustration, primarily because the Sea Eagles feed off his attitude and energy. But coach Trent Barrett also needs more from big Marty Taupau and enigmatic winger Jorge Taufua or his team will crash to their 16th loss of the season and remain in line for the wooden spoon.

Wests Tigers Stat Attack: They are known as one of the best defensive teams in the Telstra Premiership in terms of points conceded, but looks might be deceiving. The Tigers have missed more tackles (852) than any team in the competition.

Sea Eagles Stat Attack: Jake Trbojevic is known as a gentleman on and off the field, but that hasn't stopped him becoming the NRL's most penalised player (31 penalties), with Andrew Fifita (30) the next most prolific offender. Taupau leads the NRL in offloads (66).

And another thing: Unless they can find something better (and it's unlikely they will), the Tigers should rush to re-sign Marshall and Farah. They aren't spring chickens anymore – Benji will be 34 in February, while Farah turns 35 in January – but they are smart and experienced and continue to be among the club's most popular players with fans.

Wests Tigers: Josh Aloiai comes onto the Tigers bench after making a successful return from a broken hand via reserve grade last week. After Robbie Rochow and Tyson Gamble were the two players left out 24 hours before game time, Luke Garner and Malaki Watene-Zelezniak were omitted an hour before game time.

Petero Civoniceva's prediction: Last Saturday's loss to the Dragons ended the Tigers' finals dreams but I think they'll still be too good for Manly at home. It's always hard to get a handle on matches where neither side has anything to play for but I expect the experience of Robbie Farah and Benji Marshall to steer the Tigers home. 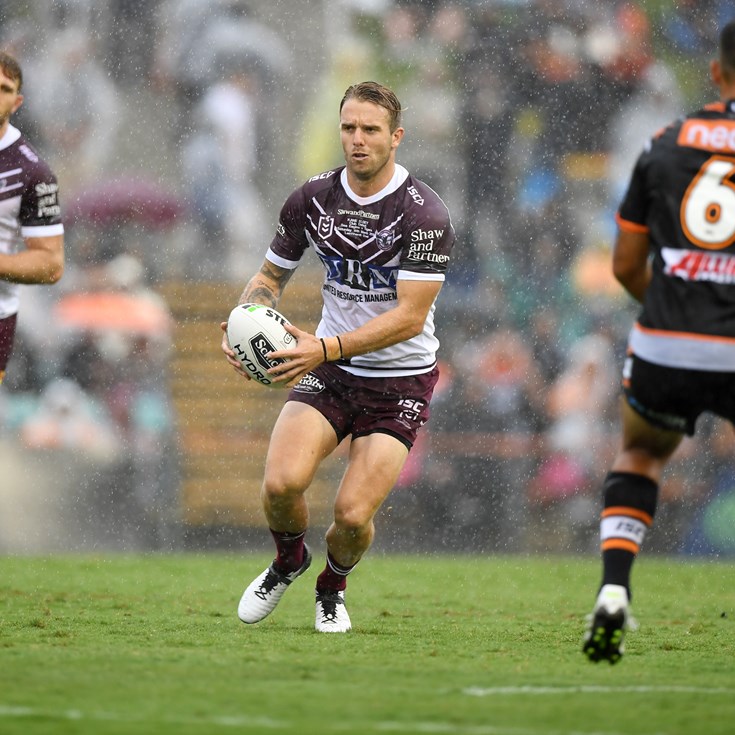