The NRL will conduct a review into how sin-binned players are timed after admitting to a "breakdown of the process" in Manly's win over Melbourne at AAMI Park on Saturday night.

NRL officials have admitted Manly players Apisai Koroisau and Matthew Wright were incorrectly allowed to return 1 minute and 41 seconds early in the second half of their controversial win over the Storm.

The NRL released a statement on Sunday afternoon, admitting the error was "unfortunate and it is regretted".

"There was a breakdown of the sin bin process during Saturday night's game. As per the NRL Rules, the responsibility of timing for sin bins is held by the clubs. In this instance, there were no club-supplied sin bin operators present at the venue.

"As a result, the NRL Ground Manager – who would ordinarily monitor the process rather than manage it - was asked to assume the responsibility. Following initial inquiries, it has become clear that during the sin bin period the NRL Ground Manager was required to deal with an interchange issue requiring urgent clarification and a timekeeping error regarding the sin bin period was made.

"The Manly players were allowed back onto the field before they were scheduled to return. The mistake is unfortunate and it is regretted. The NRL will conduct a review of the process and will discuss measures to ensure the circumstances are not repeated."

Earlier on Sunday, Manly and Melbourne said they would await the official NRL report into the timekeeping debacle before deciding their next move.

Storm CEO Dave Donaghy, who rang the NRL during the second half of the 24-4 loss to the Sea Eagles, was adamant it was the governing body's error.

Manly CEO Lyall Gorman said he would also study the NRL's response before deciding if any further action needed to be taken.

Lead referee Henry Perenara sent Koroisau to the sin bin for throwing a punch which hit Storm centre Curtis Scott in the head.

Scott was marched from the field in the 52 minute for punching Dylan Walker in the face. Perenara also sent Walker to the sin bin for his part in the melee, before turning to Koroisau after talking with the NRL Bunker via his headphones.

Koroisau and Matt Wright, deputising for Walker while he underwent his head injury assessment, came back out to the sidelines to return to the field earlier than the mandatory 10 minutes.

Storm football manager Frank Ponissi remonstrated with the NRL official on the sidelines about the discrepancy.

Melbourne coach Craig Bellamy said the timekeeping mishap had nothing to do with the match result.

The confusion on the sidelines about the official rules around timekeeping was a bad look for the competition.

Manly's Trent Hodkinson, playing his 161st NRL game but his first for the Sea Eagles since leaving them at the end of 2010, said the players were unaware of what was going on.

"I sort of heard about it after the game," he said as Manly arrived at Sydney Airport on Sunday.

"I was too focused on the game so didn't really know what was going on, to be honest." 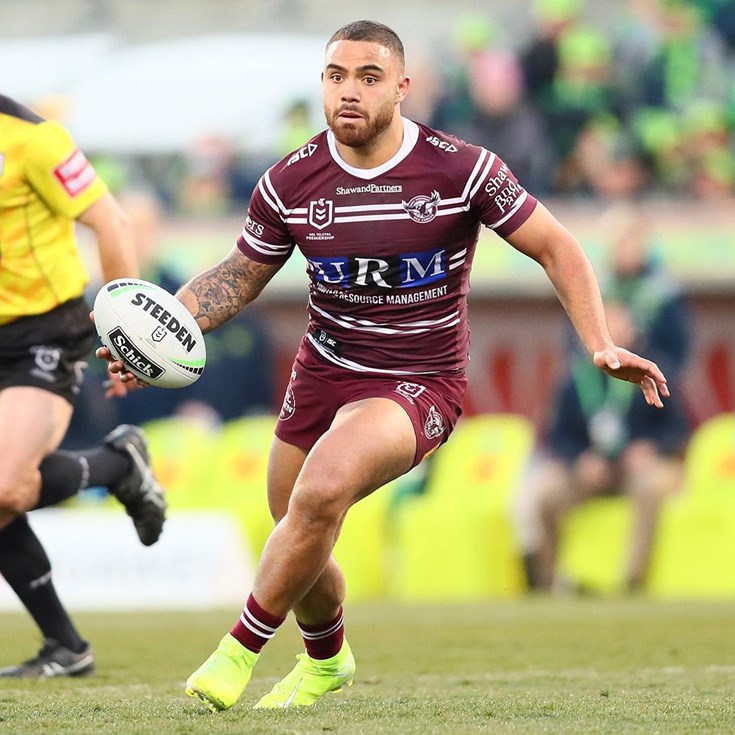 Barrett to keep fighting for rookie hooker Fainu to play