Dylan Walker is passionate, loud, entertaining, and a young man who thrives on the big stage.

A true match winner, 23-year-old Walker was named the Dally M Centre of the Year, and earned a representative jersey with the Australian Prime Minister’s XIII team.

Walker, recovering from recent ankle and shoulder operations, sat down with Sea Eagles Media Manager Wayne Cousins to talk about his season.

Dylan: I’m doing okay. It just takes time.  I won’t be back until the beginning of December to do some light training. I’ve just been attending training to lend my support to the boys.

Wayne:  How do you sum up 2017, a season where not many people outside of the club and its own supporters gave the Sea Eagles much hope?

Dylan: We were written off pretty early in the season and our first two games were pretty bad. We questioned ourselves why it was happening and how we could fix it heading into the round three match against the Cowboys in Townsville. Winning that game was our best victory of the season in my mind. Sure they didn’t have Jason Taumalolo and Matt Scott, but they still had a bloke named Jonathan Thurston. That win really kick started our season. When I look back on the season, I feel we have taken a big step in the right direction in terms of what we want to do. We made a good team culture of winning. We did that during the season and we did compete against the top teams. We honestly believed we had a good crack at winning the premiership but unfortunately we bowed out in week one of the finals. That is something that will burn inside each one of us.

Wayne: The culture at the Sea Eagles under Head Coach Trent Barrett seems to be very strong.  How do you describe it?

Dylan: Trent definitely has something special building here. He made us believe in what we are doing is the right thing and that is a pretty good trait to have.  You get some people who just ask about football first, then about you. It’s not like that with ‘Baz’. He is always asking about your life off the field and if you have any problems. He is someone you can speak to. He likes to treat us as people first, and footballers second. That is pretty important amongst a young playing group. This is probably the tightest playing group I have been involved with. Everyone enjoys each other’s company.

Wayne: On and off the field, you had a great rapport with winger Akuila Uate. What is it that you enjoy most about Akuila?

Dylan:  When you think about ‘Choc’, you think about a happy person. He makes it enjoyable for me coming to training and even on the field. He has all this energy and he is just a good character to have around the club. He is one of those guys you need in your team. For him this year, he played one of his best seasons so far after overcoming so much adversity. Some people probably thought that he was done prior to joining Manly, but he proved a lot of them wrong this year. He is one of the guys I look up to. He scored some great tries too. The tries against the Wests Tigers and the Gold Coast Titans…he got into the back field and his footwork and speed was second to none. Akuila is one of those freakish players who have got a real good knack of the game and his instincts are very good.

Wayne: Which team-mates really impressed with their performances in 2017?

Dylan: It’s a tough because you could almost name 20 blokes. I thought Daly Cherry-Evans, Api Koroisau, and Marty Taupau were the standouts. I’m particularly happy for Api. He has so much energy and he does so many unselfish things for this team. Not many people notice it but we, as players, do. We all know what he can do and he is a very special player. In defence, he really drives that shoulder in and he can hurt you. He is one of the toughest blokes I have ever played with.

Wayne:  Api credits his happy lifestyle at home helped played a major role in his superb season. You have always been close to Api. How much change have you seen in him?

Dylan:  He has changed his life around. Api is a proud Dad and is now a married man. We had some great times living together as flat-mates. Api is one of the best and most humbling people I know.

Wayne: Is it fair to say some people truly don’t understand who Dylan Walker is. They only see the image that is portrayed of you?

Dylan: I like who I am. I keep it fun. I’m not going to change who I am as a person or a player. The people who are around me know what I’m really like, and that’s all that matters to me. I remain humble with them. Humility and arrogance comes out in different ways in people. I like to think of myself as someone who is very confident but also has that humbleness that was installed in me from my mum. She understands that. She is chirpy and happy as well. Mum is a wear your heart on your sleeve kind of person as well. She is as humble as they get.

Wayne: The Golden Point win over the Raiders in Canberra certainly attracted some post-match attention. You thrive on confrontation and those big moments?

Dylan: It was a very important win for the team. I probably could have kicked those two goals before (it went into extra-time) but I missed them to put us into that position. But I like the confrontation in sport. There are going to be situations like that, but I am not one to shy away in those pressure moments.

Wayne: Finally, can you believe you’ve already had two seasons at Manly. Life is always entertaining when Dylan Walker is around?

Dylan:  I love it here. Manly is a great club. What I love about Manly is the culture here of just being you. You don’t need to paint a picture or anything to try and make other people like you. If you don’t like Manly, then we don’t care. I love that about this club.

Wayne: ‘Walkz’, congratulations on a superb season. Thanks for always being entertaining.

Dylan: Thanks mate. Too easy. 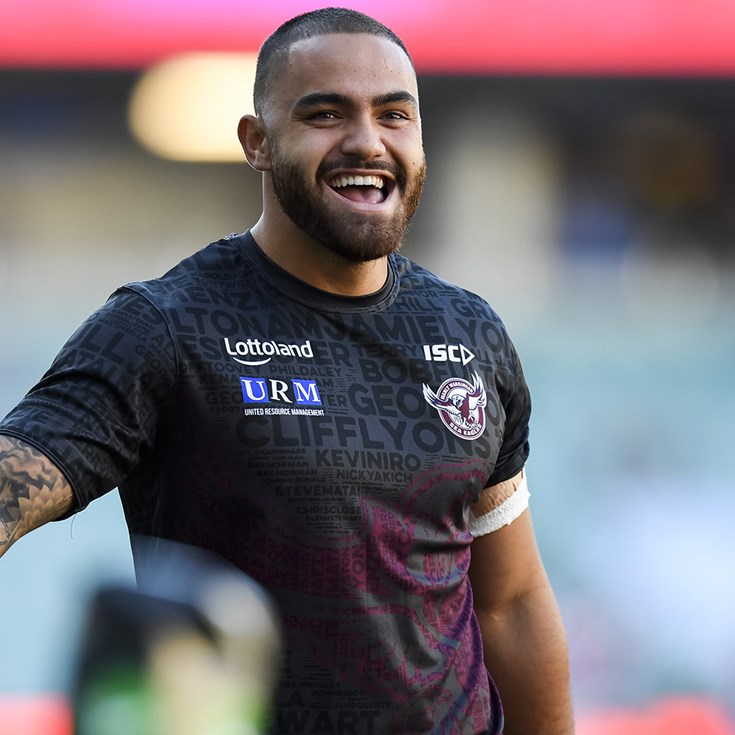