Sea Eagles Coach Trent Barrett remains cautious of the real Penrith turning it on at Pepper Stadium on Saturday night.

The Panthers were thumped 42-14 by South Sydney Rabbitohs at ANZ Stadium last Sunday, and head into their home game against the third-placed Manly in ninth position, just four points behind the eighth-placed Parramatta Eels.

“I see it as a real danger game for us. Penrith at Penrith is always hard, particularly on a Saturday night, in a position that there in. They are a team that can string four, five, six games together when they get on a roll. We just have got to make sure that doesn’t start tomorrow,’’ Barrett said today.

“Matt (Moylan) has had some really good touches for them over the past month. He is a handful. Tyrone Peachey is a handful, (Josh) Mansour, Waqa Blake. There are a good, dozen individuals in that team who can hurt you on their own, and that’s what makes them so dangerous.

“We are going to have to be on our guard and at our best.”

The Panthers face a Manly side searching for its sixth straight win of the season. Barrett said he was looking forward to watching the ‘form half-back of the competition,’ in Daly Cherry-Evans play after the Sea Eagles half-back was overlooked by the Queensland Origin team for Game Three next Wednesday night.

“I thought he would have been picked. Daly has been terrific. He certainly was unlucky to miss out on the Origin side. I know he was disappointed,’’ Barrett said.

“From a Manly point of view, it is beneficial for us that he is playing. From a NSW point of view, I am certainly happy he is not playing. I thought he be a good foil for Cooper Cronk.”

“He has pretty thick skin, Daly. He has been through a fair bit over the last couple of years. I didn’t notice a difference in him,’’ Barrett added.

“His right of reply is on the field tomorrow night and over the back end of the season.” 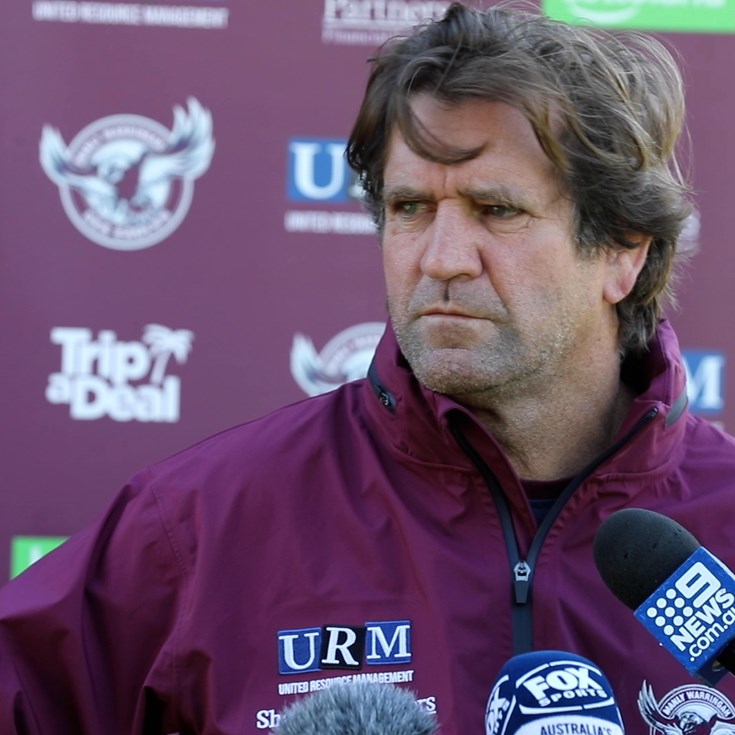