Manly Warringah Sea Eagles recorded a 32-4 victory over Western Sydney Academy of Sport at Lottoland today in round three of the NSWRL SG Ball competition.

In a game that will easily be forgotten due to wet conditions and errors, the Sea Eagles pulled away late to claim the two points after trailing 4-0 early. Five-eighth and captain Cooper Johns showed he was a class above with his ability to control Manly's attack. The Sea Eagles also have a promising centre in Dane Oolstendorp-Power.

The Sea Eagles scored two first half tries to winger Lope Goidubu in the left corner with five-eighth and captain Cooper Johns having a hand in both, one through a long pass and the other through a kick. Manly led 8-4 at half-time.

Unfortunately for Goidubu, he left the field late in the first half with a shoulder injury.

A series of errors from the Sea Eagles did not help their cause early in the second half before prop Keith Titmuss beat four defenders in a barnstorming run to score under the posts. Johns converted to give the Sea Eagles a 14-4 lead after 47 minutes.

A succession of completed sets and penalties to Manly saw second-rower Joshua Fepuleai and centre Dane Oolstendorp-Power cross for tries for a 24-4 lead with 12 minutes remaining.

The Sea Eagles sealed victory with a try to centre Benjamin Lofthouse with four minutes remaining. Johns converted for a 30-4 lead. Johns then kicked a penalty goal after the siren for the 32-4 scoreline. 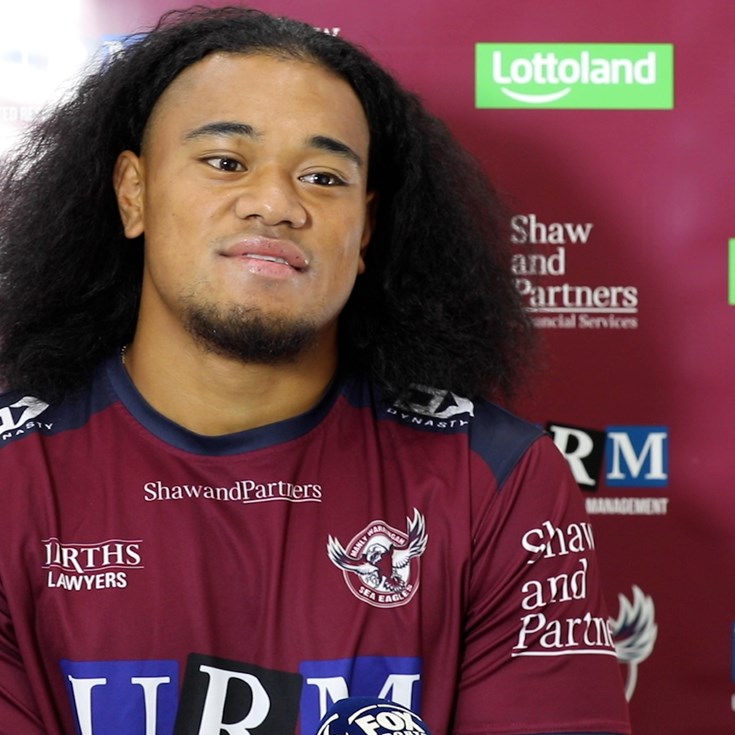