Talented winger Jorge Taufua will be looking to build on his try scoring exploits in 2016 under new coach Trent Barrett.

The 23 year old had his pre-season disrupted with a knee injury during training which kept him out of action for the first two months of the NRL season.

Big and powerful, Taufua is also very agile where he is a handful for the opposition on the wing for Manly.

Taufua made his first start of the season in the Anzac day clash in Melbourne against the Storm where the Sea Eagles carved out a 12-10 win in wet and slippery conditions.

Sign up now here and become a Sea Eagles member for 2016!

He followed up on his first start of the season with a try against the Knights at Brookvale Oval whilst also representing Tonga in their Polynesian Cup match against rivals Samoa.

Taufua was in fantastic form during Manly’s revival towards the second half of the season as scored a hat trick of tries against the Cronulla Sharks at Brookvale and then a brace against the Gold Coast Titans.

Taufua will be looking to impress new coach Trent Barrett when the team reports for pre-season duty. 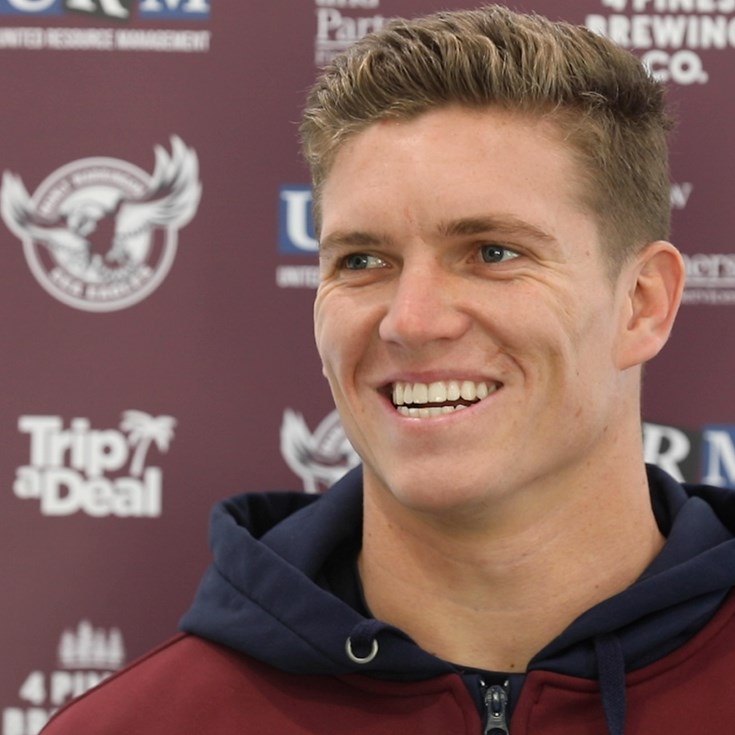