For the third week in a row, the Sea Eagles have narrowly been defeated, this time to a determined Penrith NSW Cup side 24-16.

The team got off to a dream start when Tyson Andrews burst through from dummy-half to score directly under the posts. Aldridge converted to give the Northern Beaches side a dream start.

Both sides enjoyed a good spell of possession until Michael Chee Kam was able to break through the Penrith lines to add a second for Manly after only ten minutes.

The mountain men soon found their feet, when halfback Sam Scarlett stepped inside to put the home side on the board. Manly were determined to assert their dominance and Dom Reardon was on hand to give the Silvertails a 16-6 lead with 25 minutes played.

Penrith were desperate to get back into the contest but some great defensive work from the Sea Eagles side was able to stand up to the challenge.

The boy’s from Brookvale turned defence into attack and peppered the Panthers defensive line, forcing consecutive dropouts. Unfortunately they couldn’t convert and Penrith were back on the offensive and made the most of their dominance. Chris Smith burst through Manly’s defence to bring the home side back into the contest right on the stroke of half time. The Sea Eagles headed into the sheds leading 16-10.

The Panthers started the second half brightly and were soon rewarded with their persistence as Dave Simmons scored right under the posts. The conversion was successful and the match was even.

Manly thought they had restored their lead through Ben Fritz, only for the referee to rule him offside from the Jack Littlejohn kick.

Midway through the 2nd half Sione Katoa was placed on report for the home team as tensions flared between both sides in back to back plays. Penrith were awarded with a penalty following an error from Tyson Andrews, which allowed Will Smith to kick for goal to put Penrith in front 18-16.

The final blow was delivered when Brendan Attwood stormed through the line to put his side ahead. Smith converted and the Panthers held on for a 24-16 win.

As the hooter sounded, Jack Little john was carried off with a leg injury to rub salt in to the wounds that little bite deeper.

The Sea Eagles play Bulldogs next week at Belmore on Saturday 18th of April. 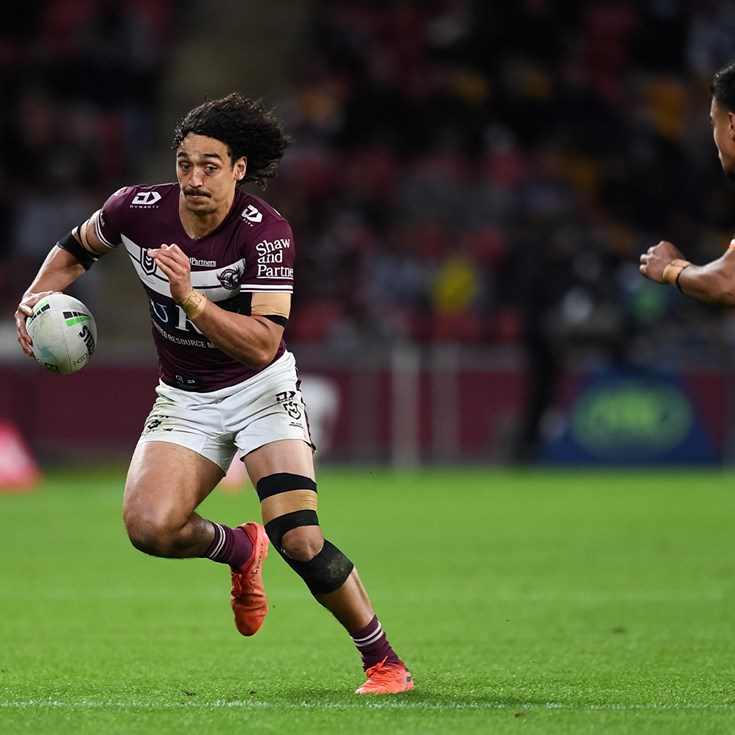 Round 20 team line up