With the countdown to the new season well and truly underway, we bring you the latest out of Manly's injury ward ahead of the New Year.

Star centre Steve Matai is on the road to recovery after undergoing surgery last week to repair his injured shoulder.

Matai, who is renowned for his heavy hitting despite a long history of shoulder problems, will commence rehab in early December in a bid to be fit for the start of the 2015 season.

His left-sided accomplice, Jorge Taufua, has started running after he too recently came back from shoulder surgery. The damaging winger, who has scored 40 tries in 65 appearances, will resume fieldwork at the beginning of the New Year.

Front-rower Brenton Lawrence went under the knife to remove loose cartilage in both his knees and is likely to start running after the Christmas break.

Jamie Buhrer will begin running in mid-December following surgery to repair the ruptured ACL he suffered in round 25 last season. The back-rower is hopeful of a return for Manly’s season opener.

After undergoing minor shoulder surgery, James Hasson has made a full recovery and returned to full training this week.

Front rower Jake Trbojevic is on the mend from a serious ankle injury and will continue to be monitored after returning to full training. The promising Manly junior and NSW U20’s Origin representative suffered the injury in round 15 this year while playing for Manly’s NSW Cup side.

Tyson Andrews had a routine clean out of his knee in October and will return to training in mid-December. 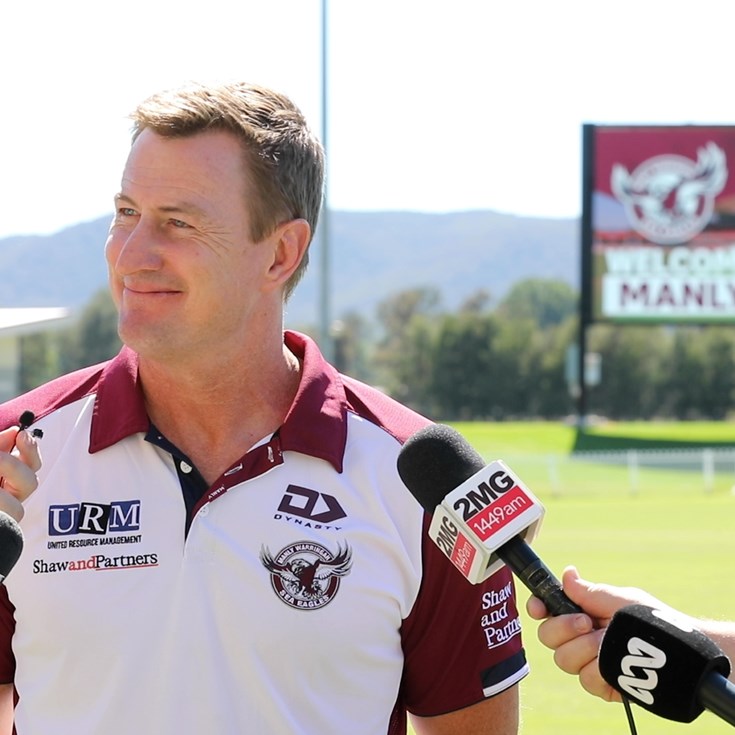 Presented By URM 3 days ago
22