The 2014 Blues Awards was a big night for Jason King, who was also nominated for the 2014 Male Sport Athlete of the Year; an award he received in 2012.

In 2014 Jason reached the impressive milestone of 239 first grade appearances for the Manly Warringah Sea Eagles. Jason has also made his mark as a key part of the clubs leadership group and former co-captain. His success in this role was recognised in 2012 named the Dally M Captain of the year and made a Manly Warringah Sea Eagles Life Member. After 14 successful seasons, Jason announced his retirement from Rugby League at the end of the 2014 season

Despite his NRL commitments, Jason has always shown a willingness to contribute and support Macquarie University. In 2013 Jason was the guest speaker at the Macquarie University Eastern University Games departure function where he spoke of his experiences and presented the Team Managers with their jerseys.

Most recently in 2014, Jason co-hosted the Sport Scholar Function along with attending a mentor training workshop in preparation for his role as a mentor for first year Sport Scholars next year. Jason’s performance and contribution to the sport and Macquarie University make him a very worthy recipient of the prestigious Chancellors Award.

Jason is the NRL Education Ambassador and is currently studying a Bachelor of Law having previously completed a Bachelor of Business at Macquarie University. 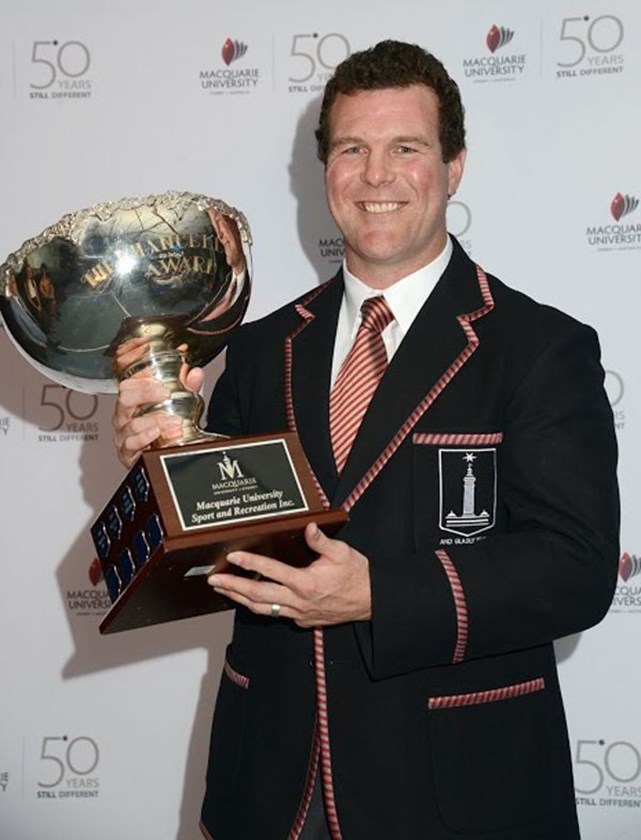 Round 11 Match Preview vs Eels